Béla bá (Uncle Béla) is a 86 years old florist from Budapest.
He has been selling flowers at his small kiosk for ages, but initially he used to be an engineer for the construction of bridges. Selling flowers was mainly his wife's business. They opened their little shop in a small square called Pasaréti tér in the early 70's. Upon retiring he joined his wife running the family business together.
She died 5 years ago.
Since then every day passes more or less on the same rhythm and alone.
Getting up early, going out to the flower market by means of public transportation to Budaörs (at the outskirts of Budapest), buying flowers, going back to the shop and selling flowers for locals everyday. From Monday to Sunday. From 8am to 3pm.
As he stated once to me the main reason for still doing this business is to keep himself alive. By having something to do he thinks less about her lost wife, Aranka.

The wholesale flower market in Budaörs (which is at the outskirts of Budapest) is quite far away from his shop not mention his home but there is no other way to keep his prices low then to get everything transported by himself.
It can be reached in one hour and a half by public transportation. A significant part of this time is just waiting.

He used to drive a car but nowadays he feels he is just to old for that. However walking is becoming more and more tiring due to joint pain. 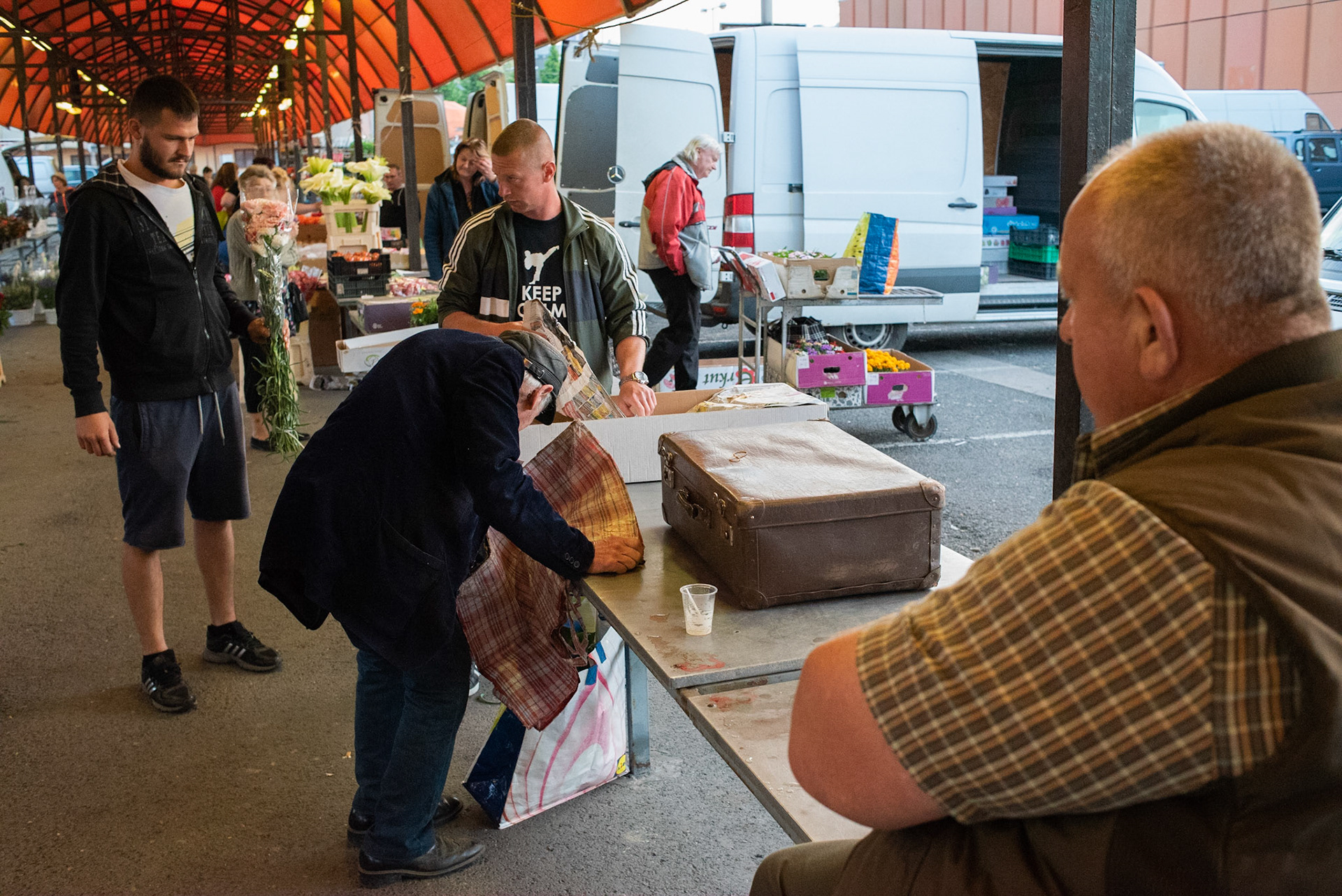 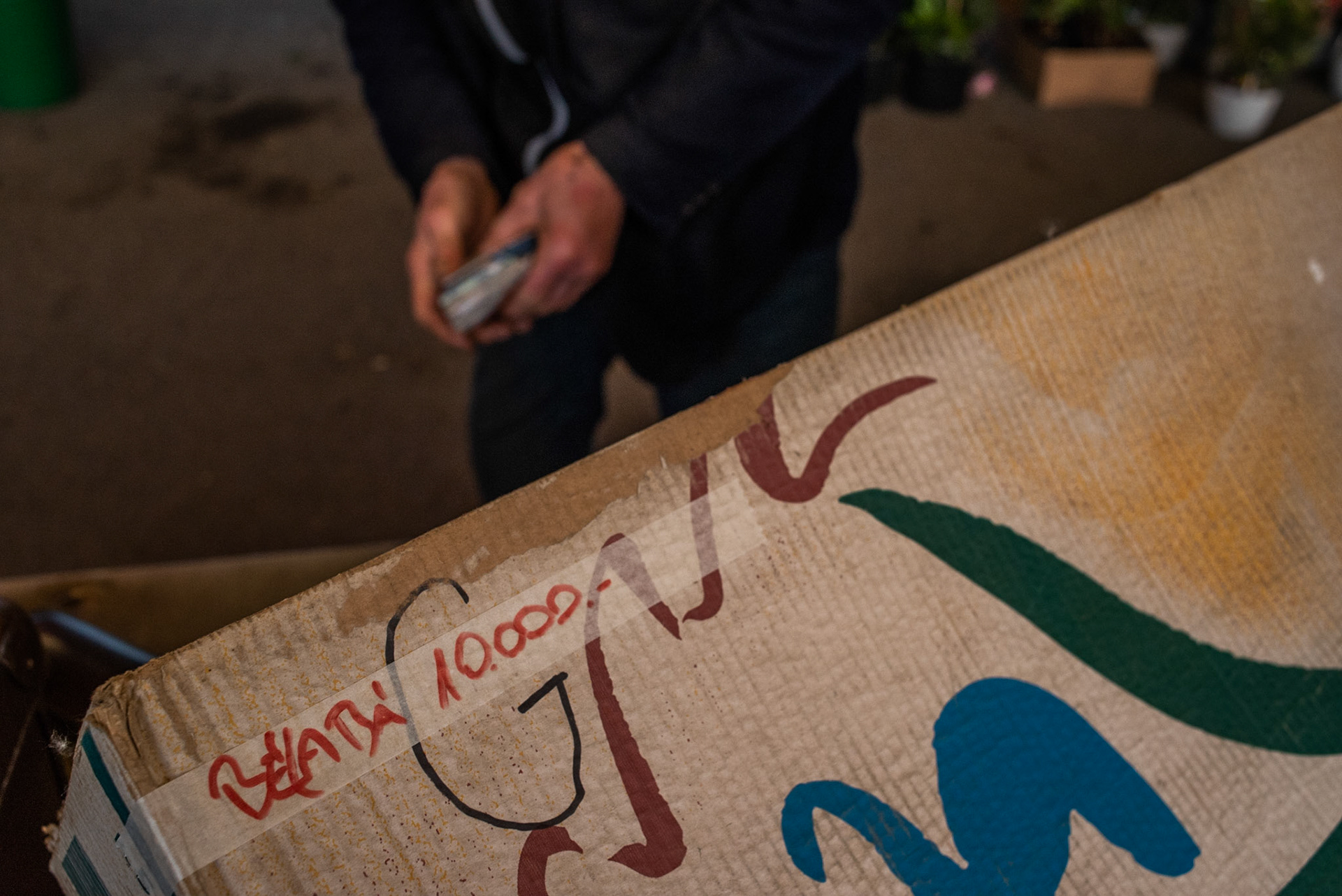 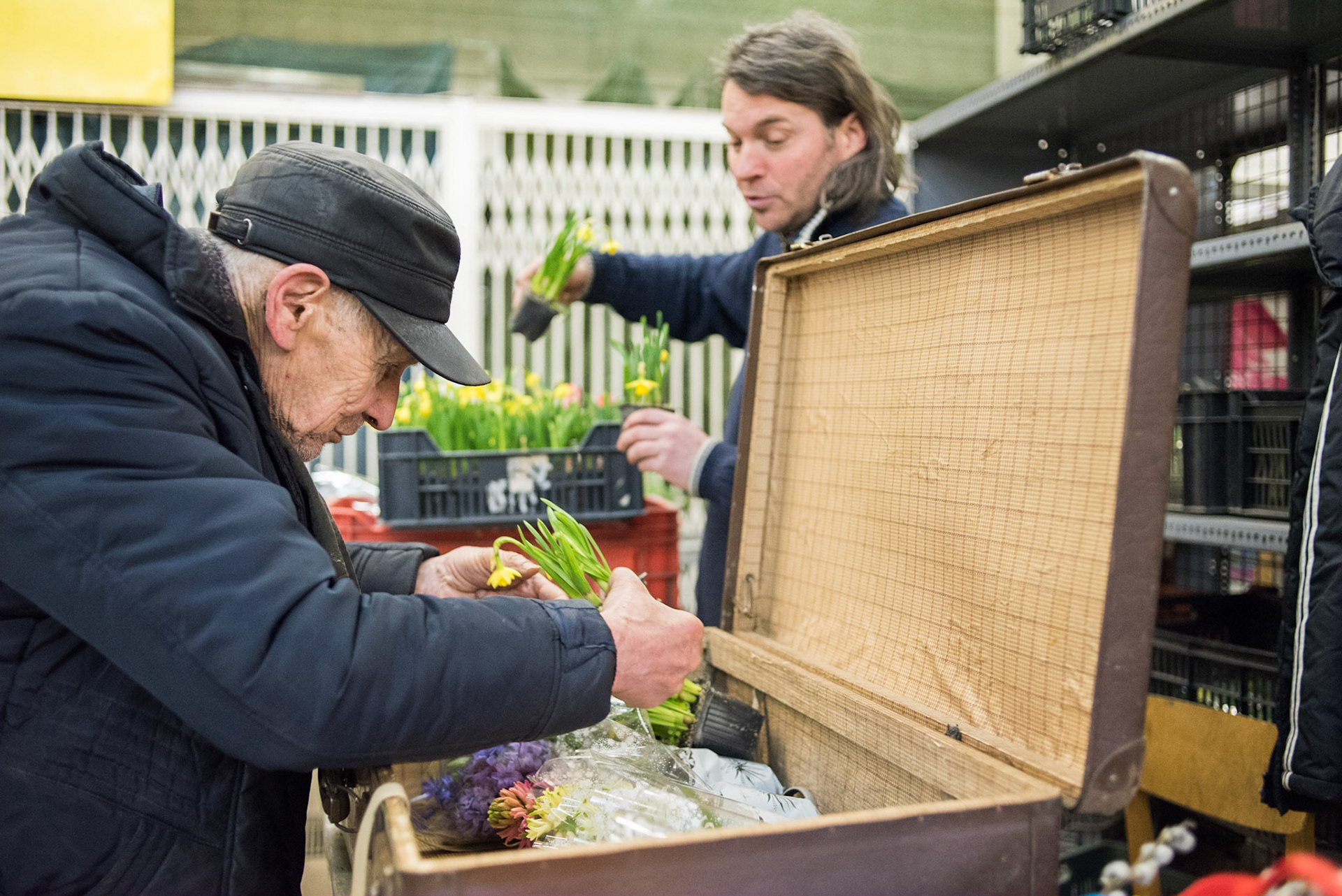 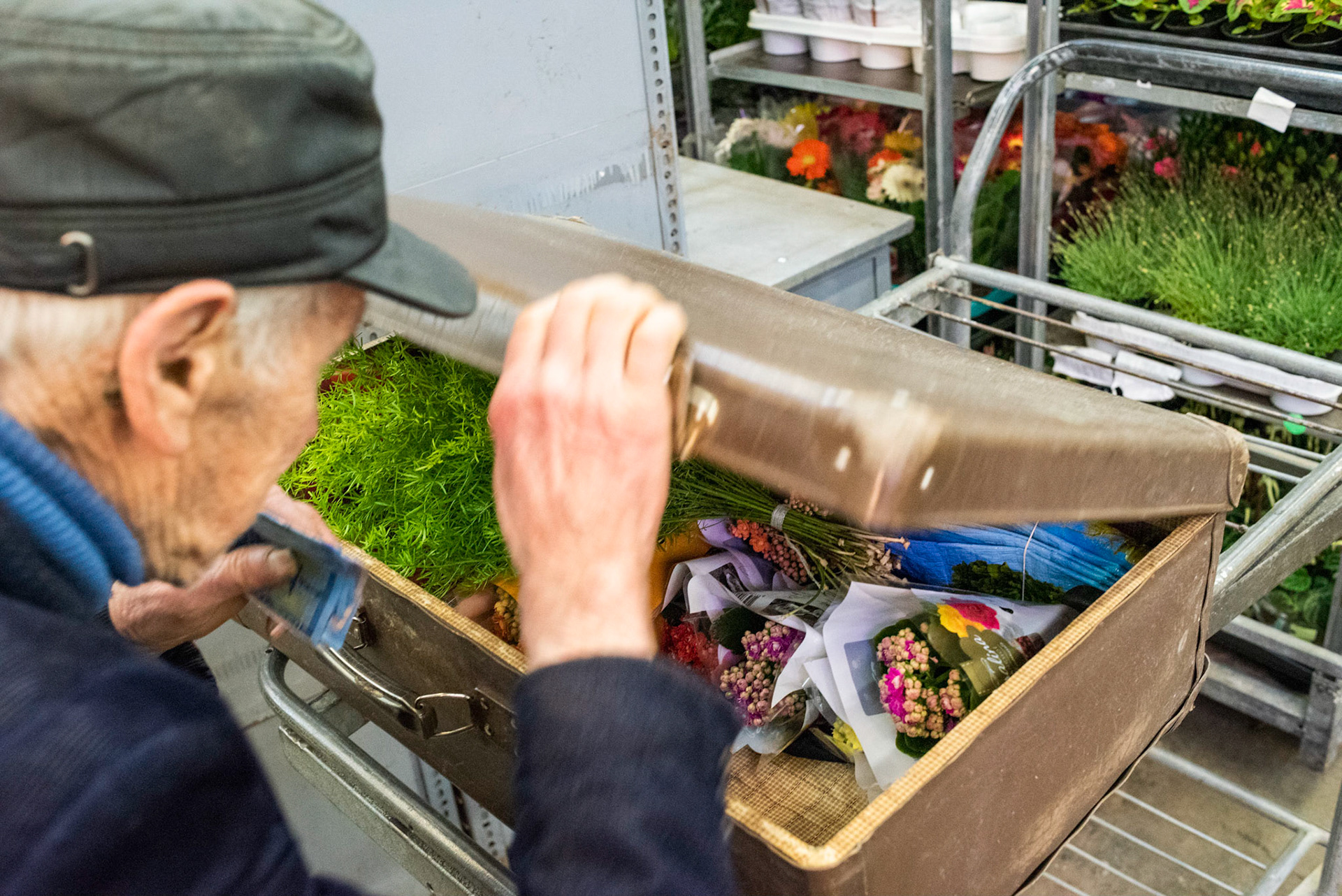 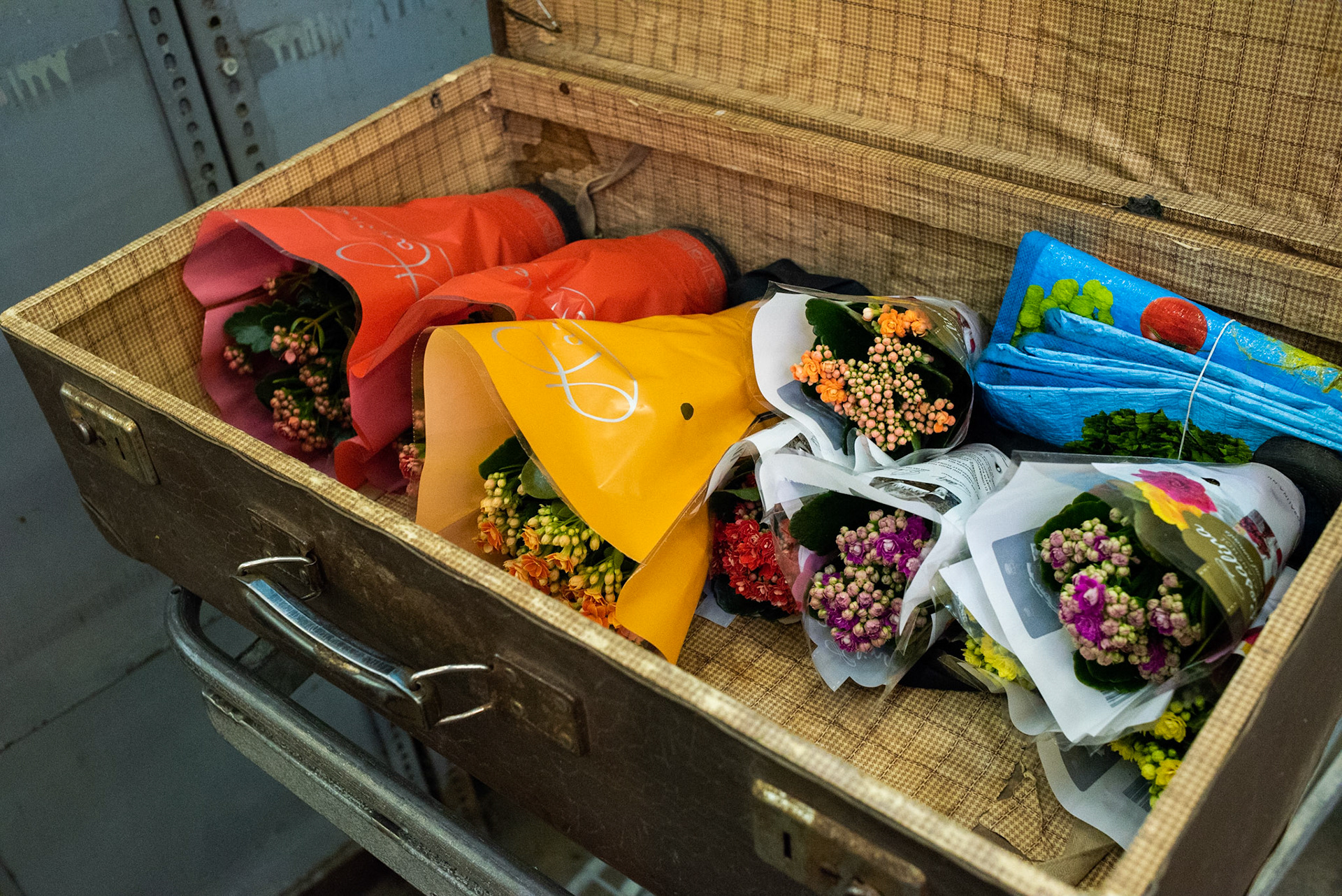 The shop keepers like him and everything is prepared beforehand. Béla prefers to talk little and act fast as he has to catch the bus going back in order not to wait too long outside in the cold.

To transport the flowers to his shop Béla uses an old luggage he got as a present from his wife back in the days he was traveling a lot in the country. 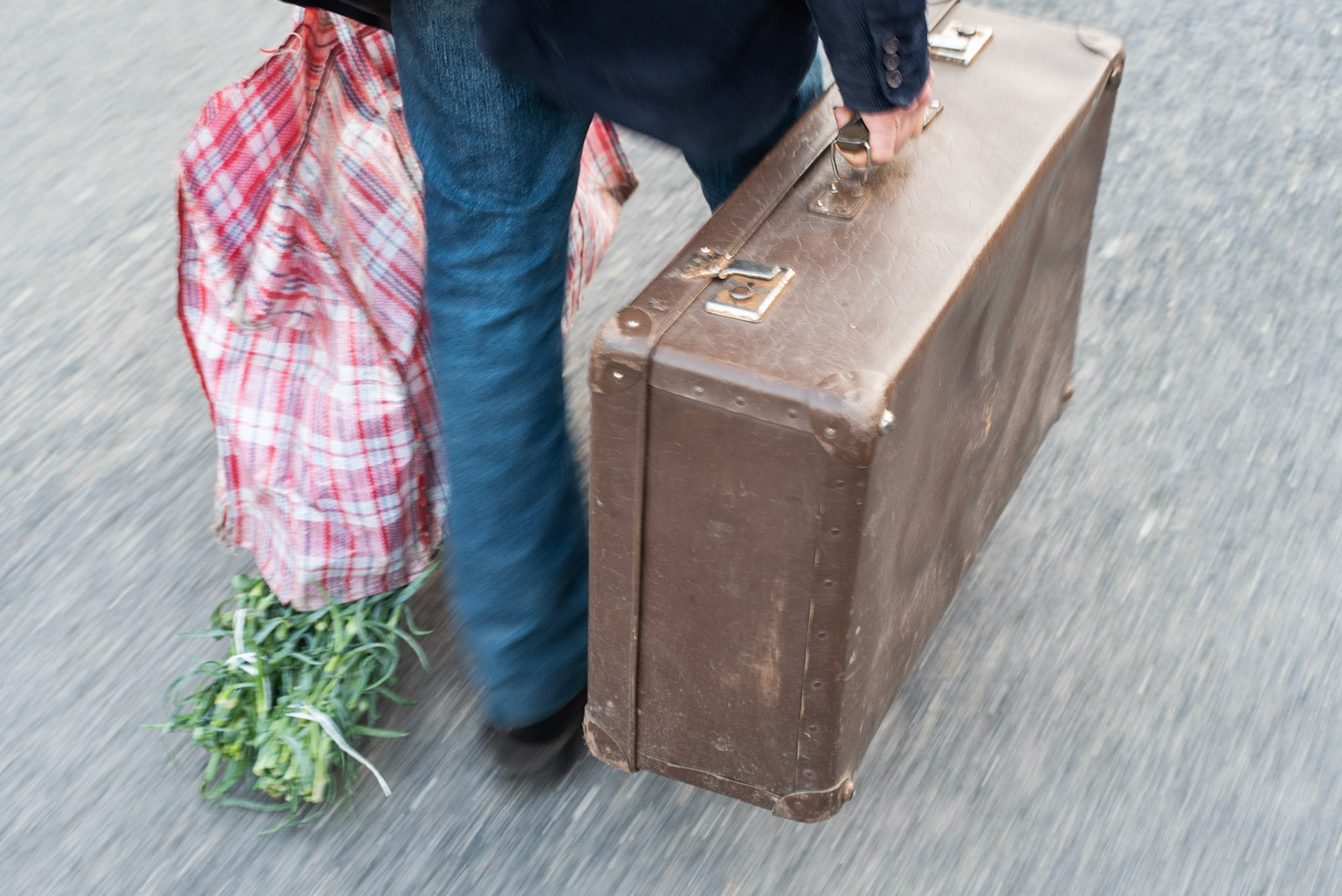 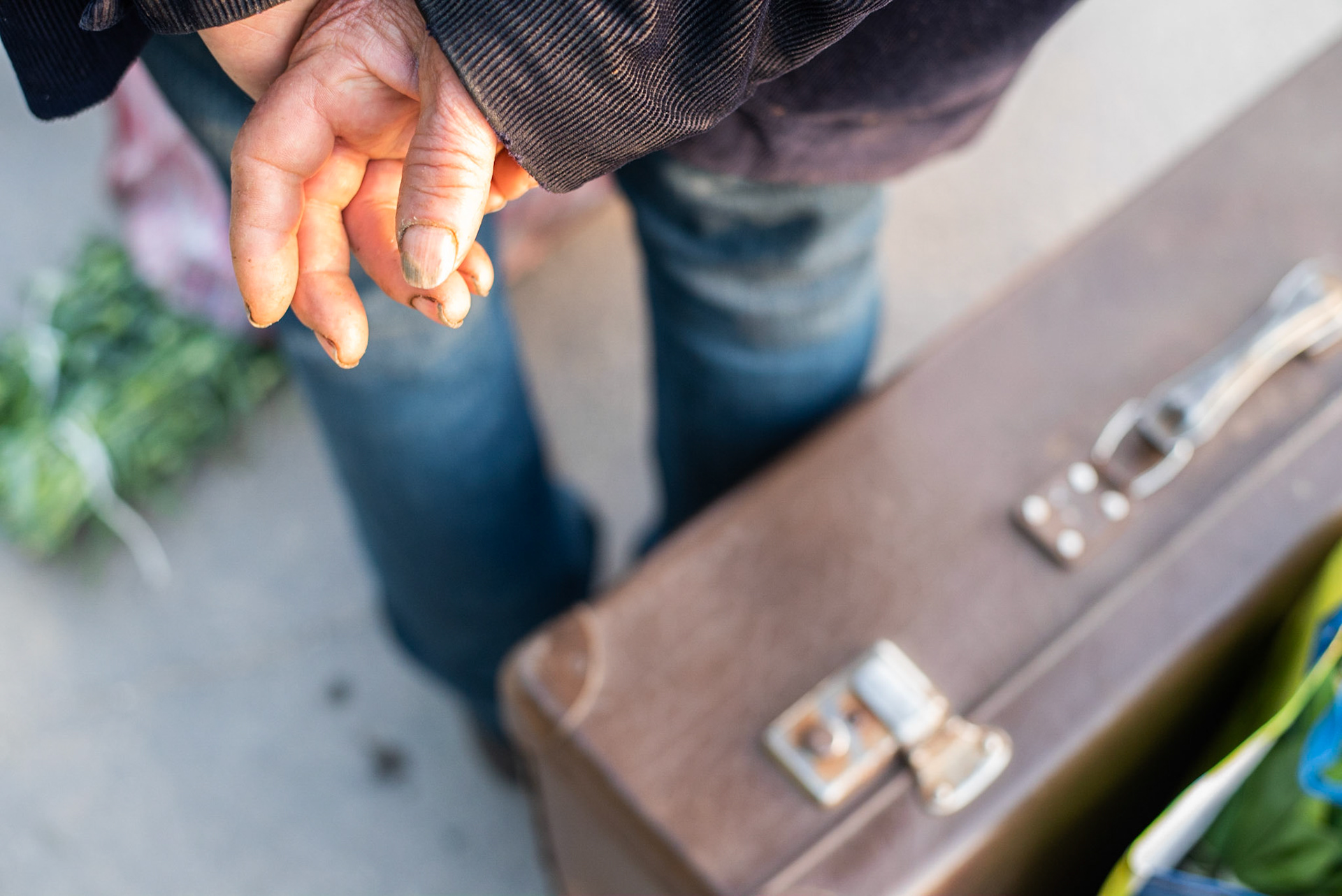 Béla lives quite isolated. He has a son and a daughter. Both are already aged and live elsewhere. His son in the countryside and his daughter in France. Unfortunately he rarely sees them.

At the nearby Aldi (grocery chain) people can also buy flowers. Those dumping prices are hard to beat.

Béla's life is full of ritual habits. Like having a snack every day before lunch. He also likes to play lottery or bet on football games. He has a habit of not throwing out anything as it might be useful sometime in the future.

Béla told me that people are getting jealous of him because they think he is a star being photographed and they started to think he is not the person as they thought to be. He said people are acting strange. Many people are watching every step he makes and he does not feel comfortable.

Béla's customers are mostly regular ones. E.g. people that used to come here already as kids with their parents and of course elderly people whom he know by their name. 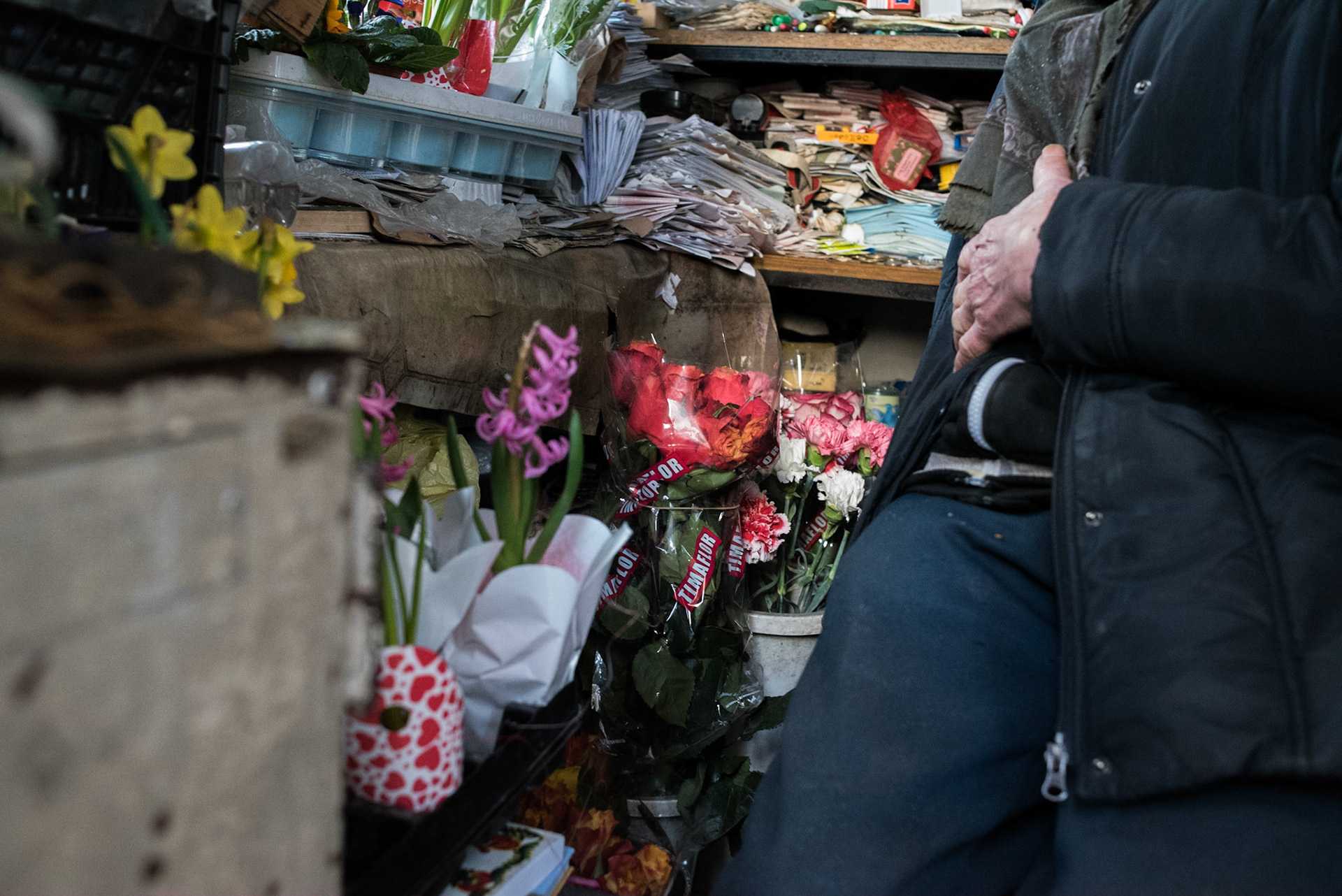 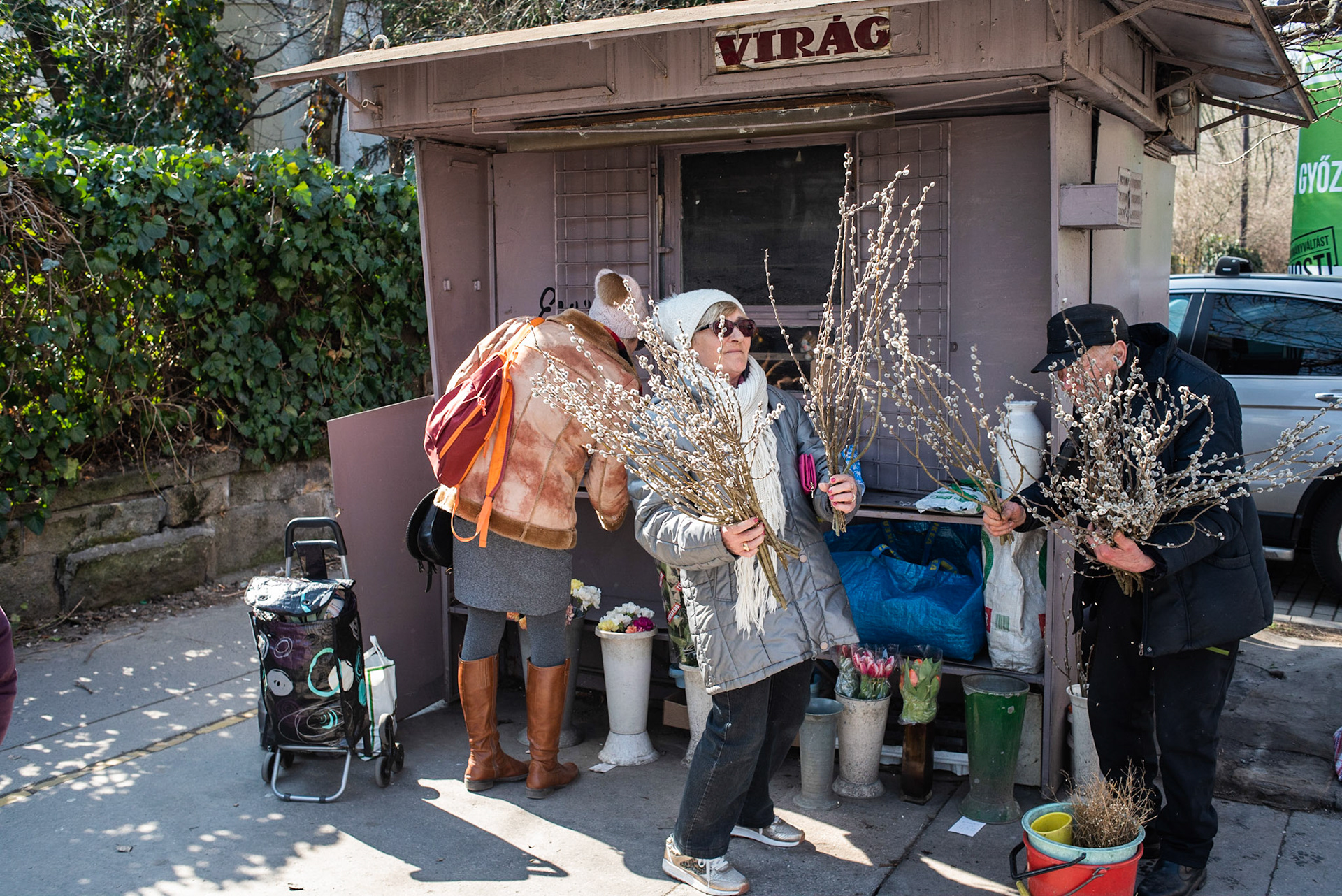 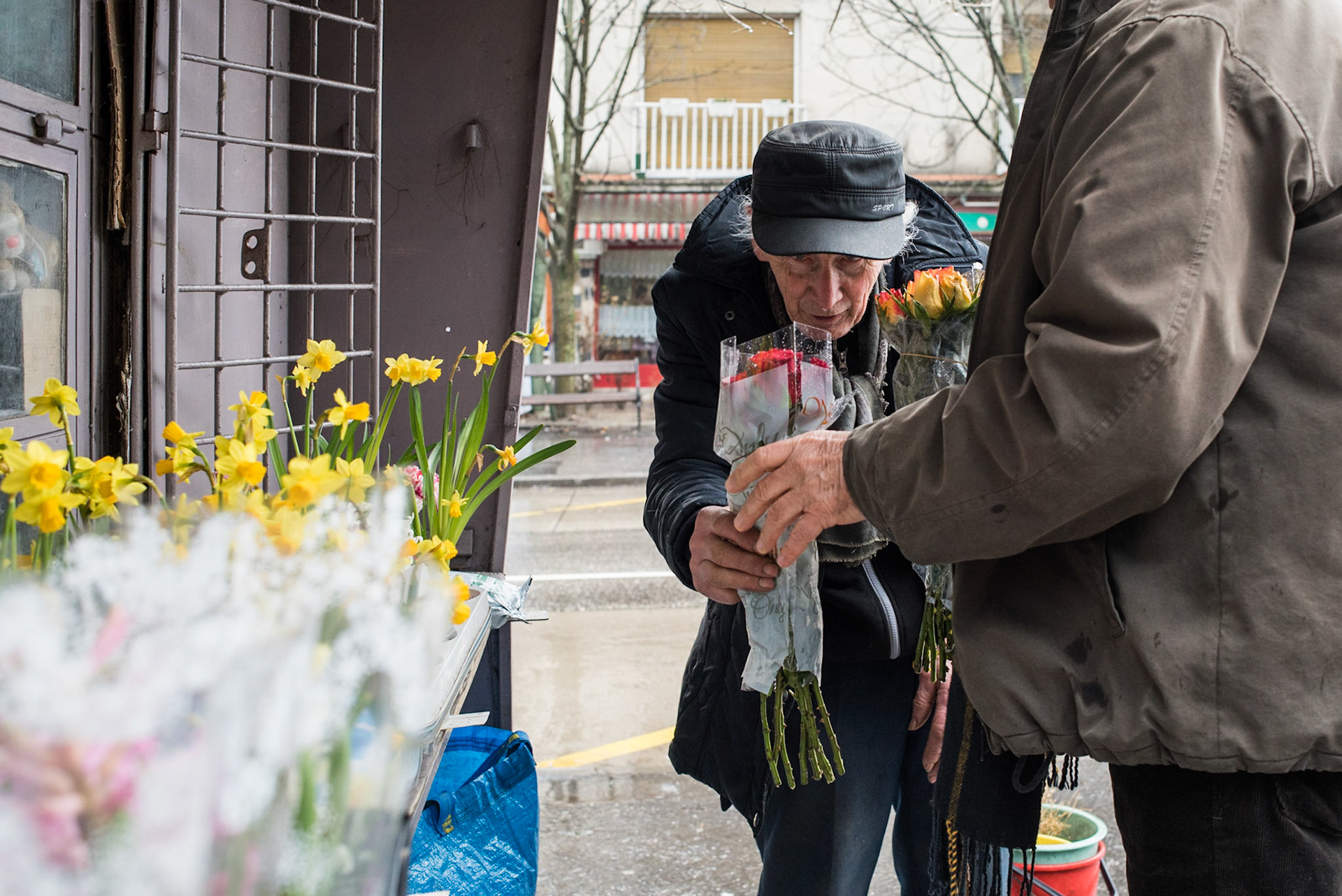 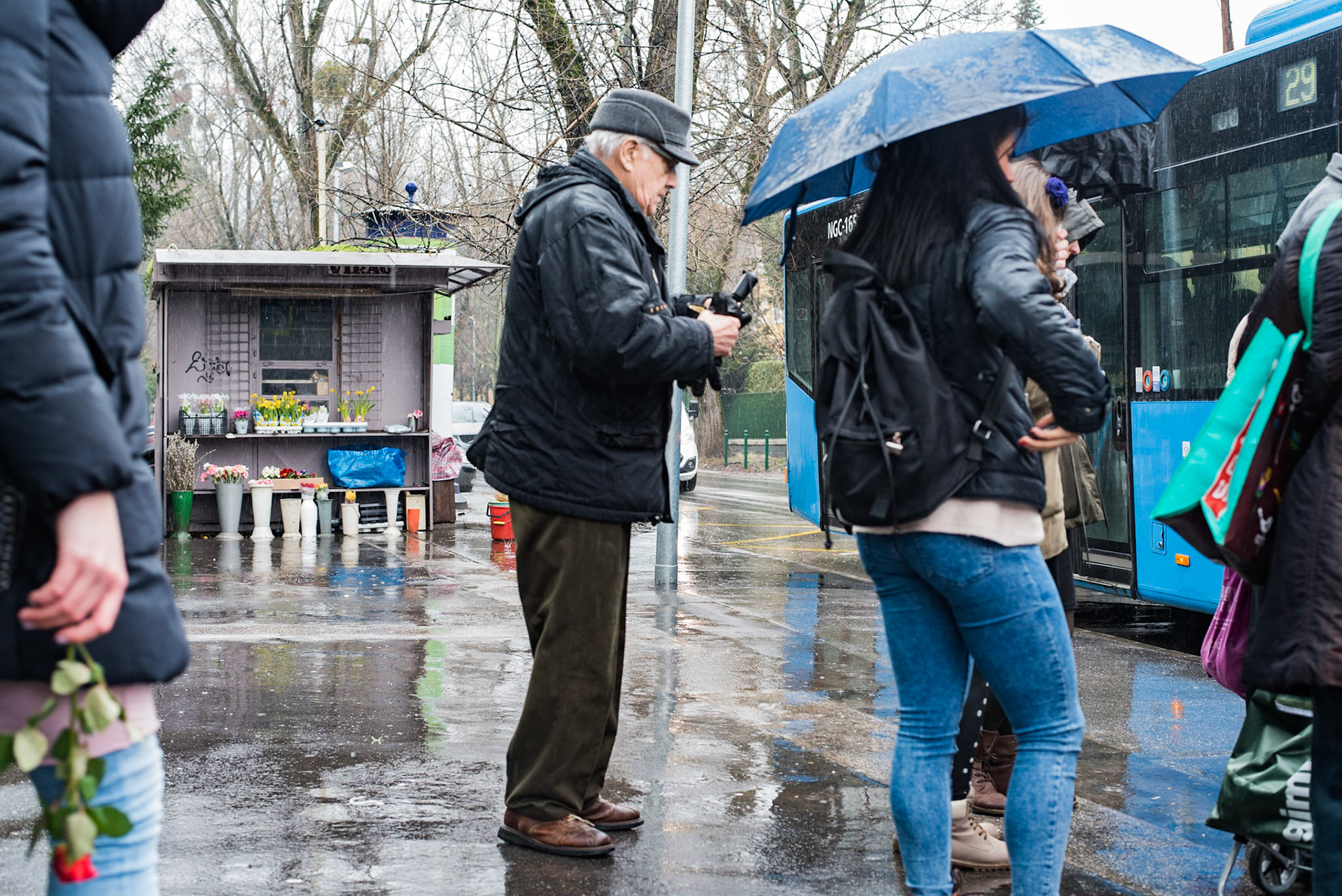 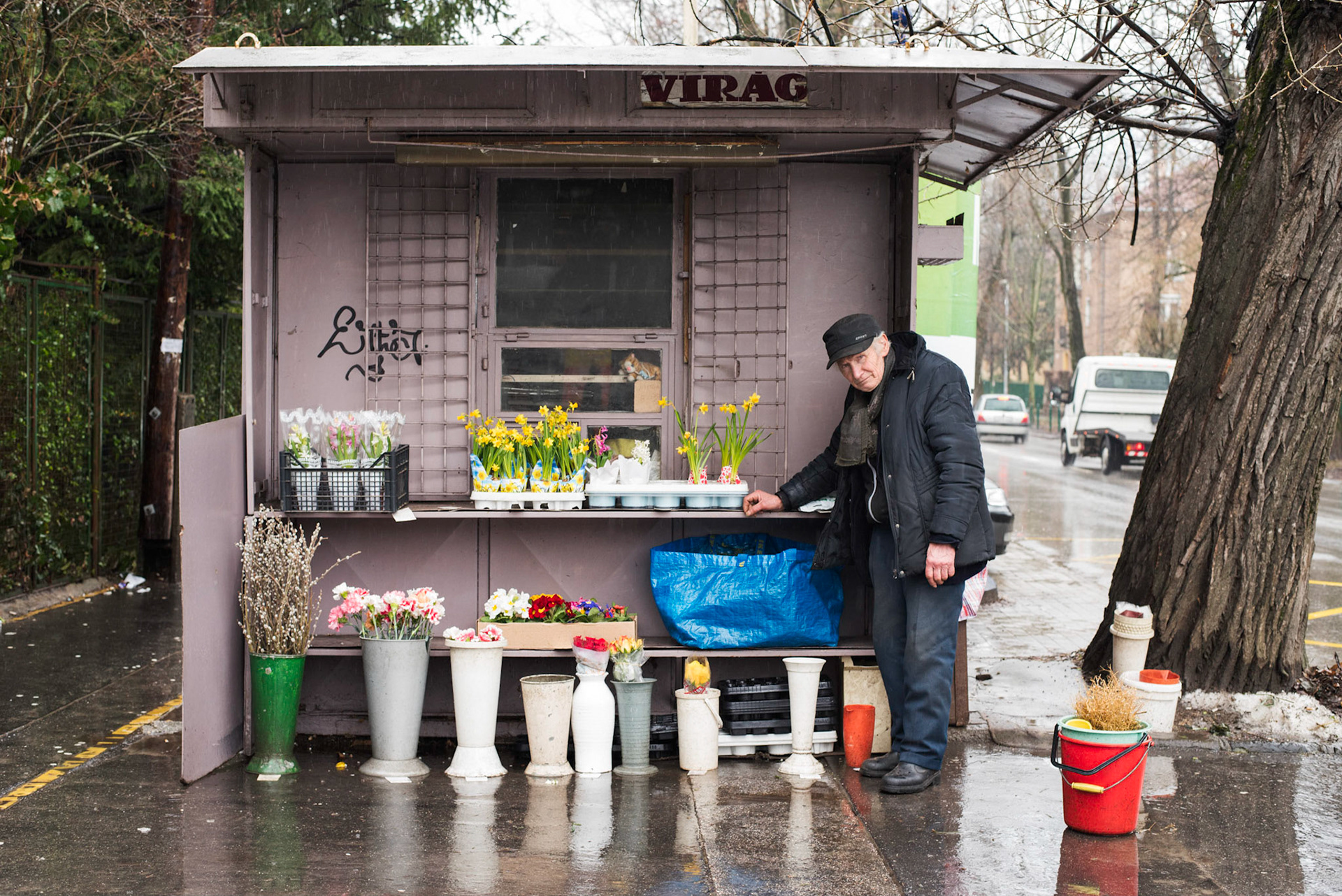 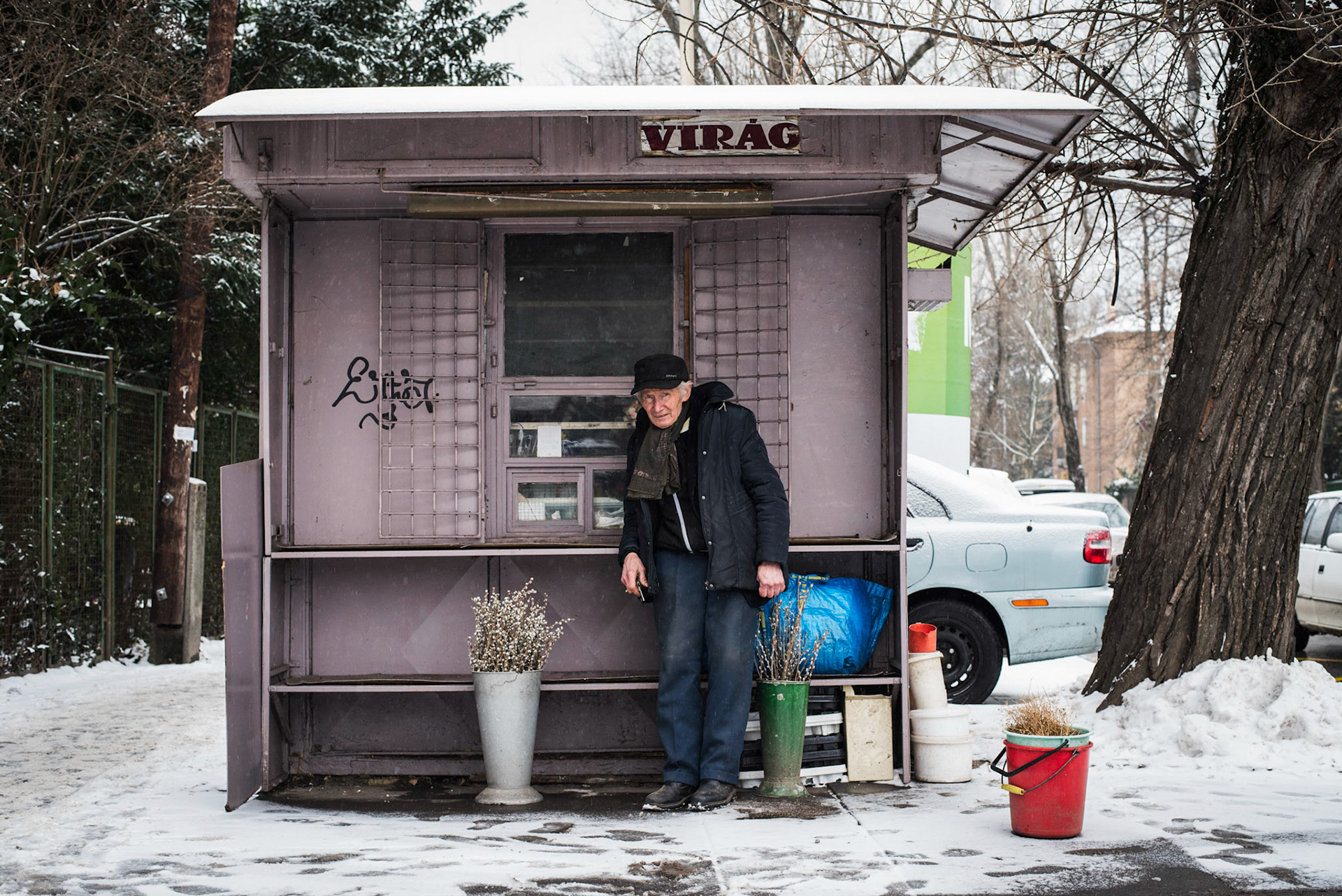 Béla prefers to keep his surrounding as clean and tidy as possible.
To my question of accompanying him to his house and maybe helping around in the garden he declined by saying he is not able to keep it the way he wants his house and garden to look like and hence he prefers not to have and visitors at all anymore.

One day after five months, Béla asked me not to take any photos of him anymore at least for a while and maybe it would be better if I wouldn't go any further as well. Later he noted that actually he would be happy if I would visit him every once in a while.

Maybe to be continued...
↑Back to Top