Here i post pictures accompanied by short tales based on true stories of my everyday encounters with strangers.                        No fiction, just beautiful people. 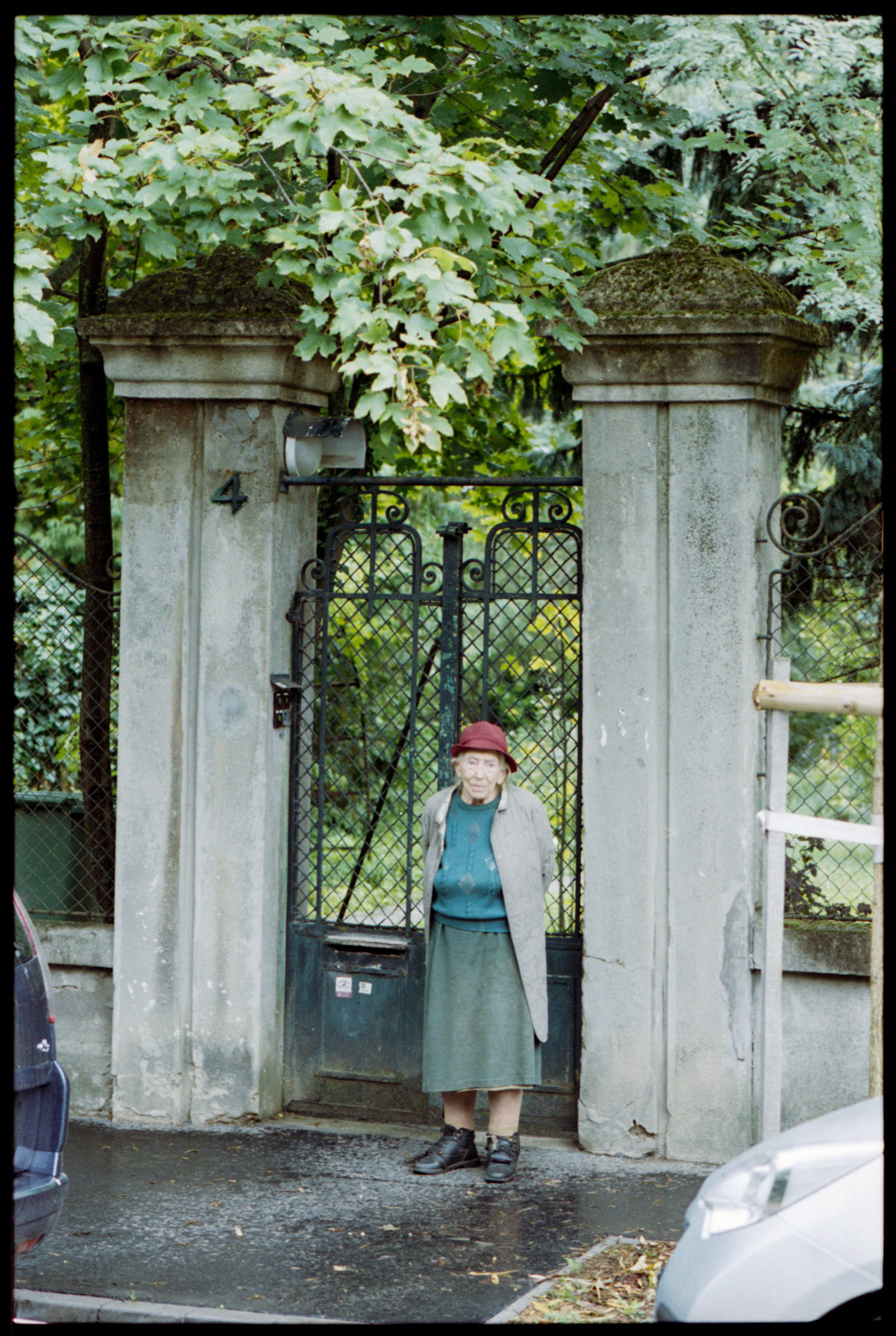 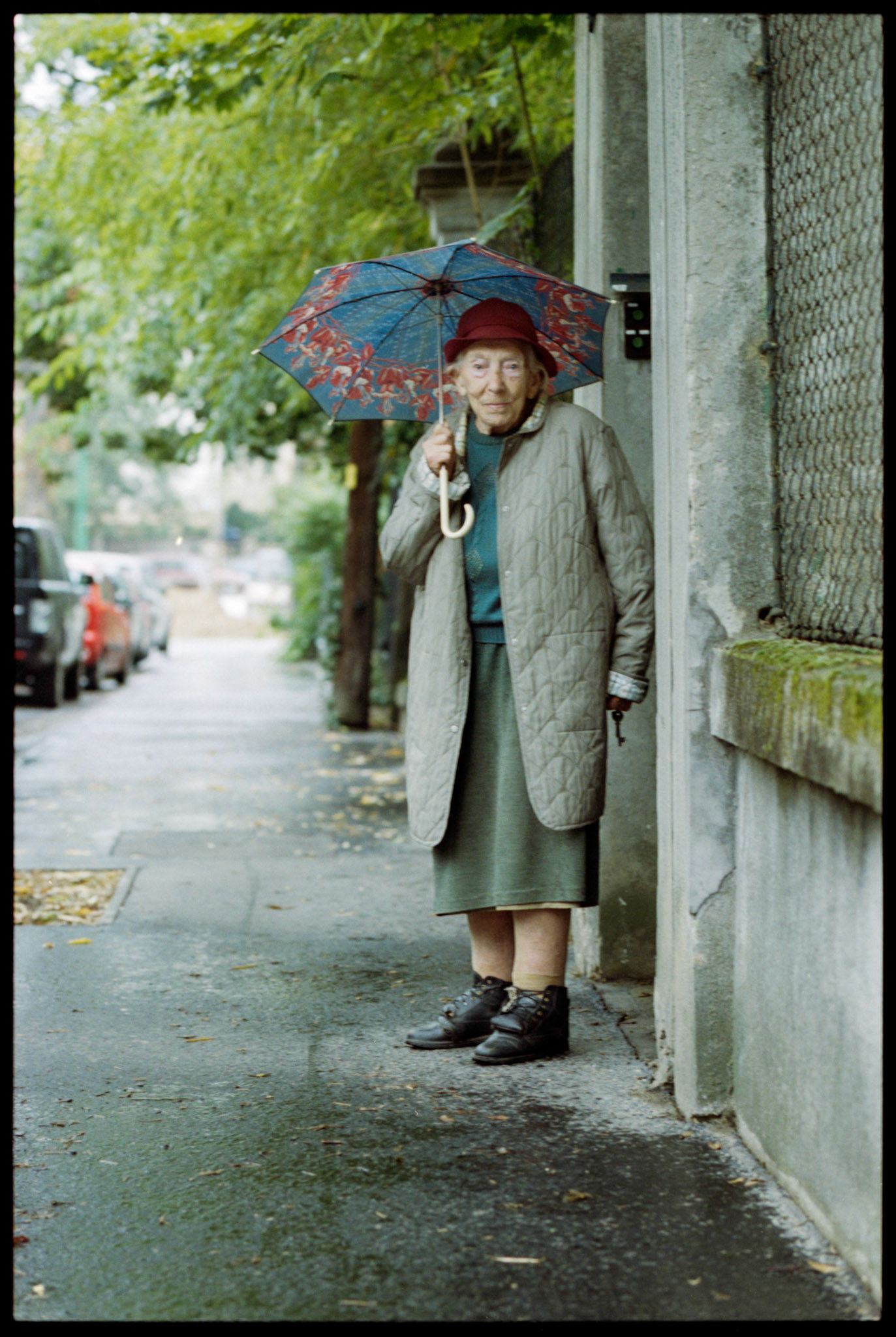 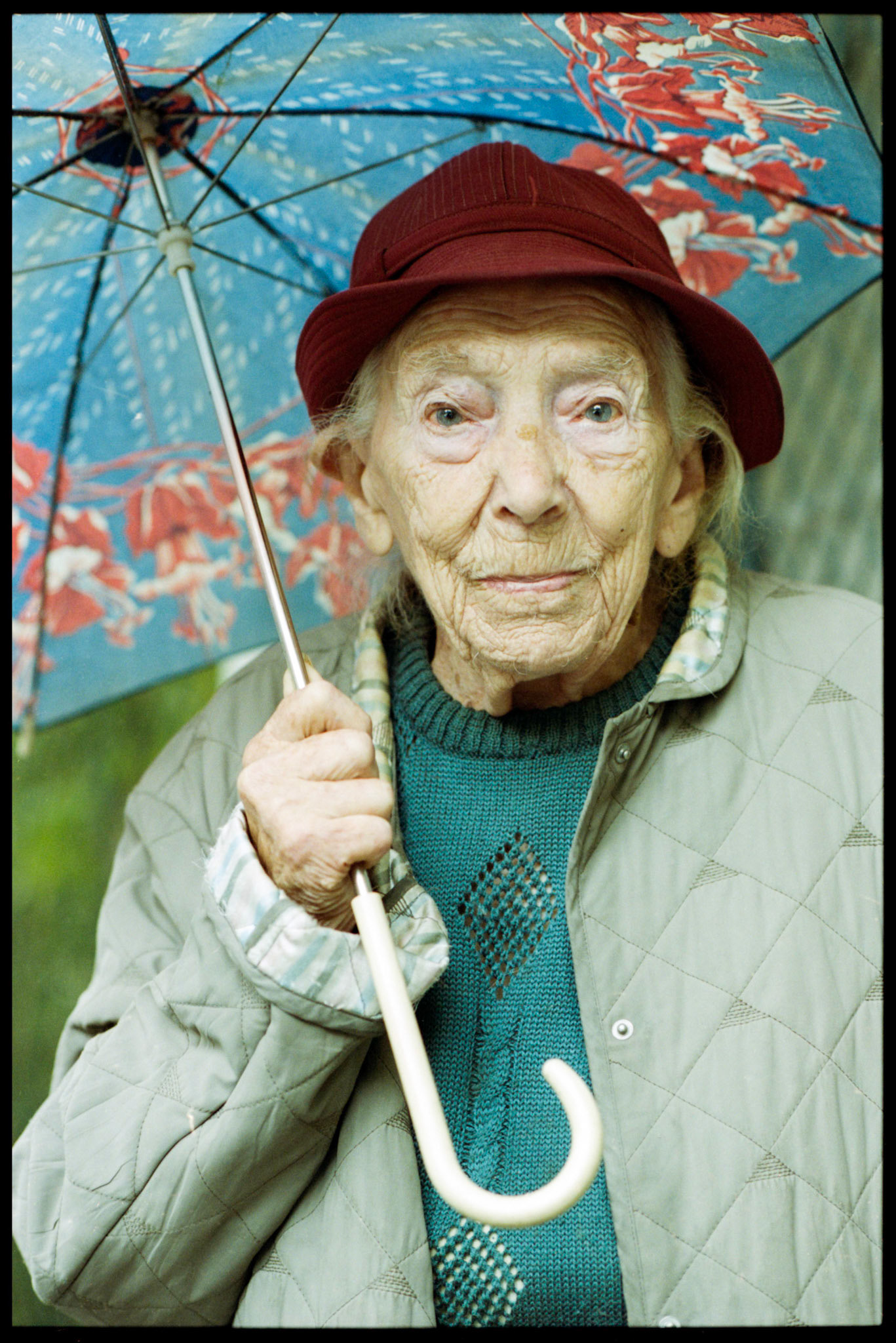 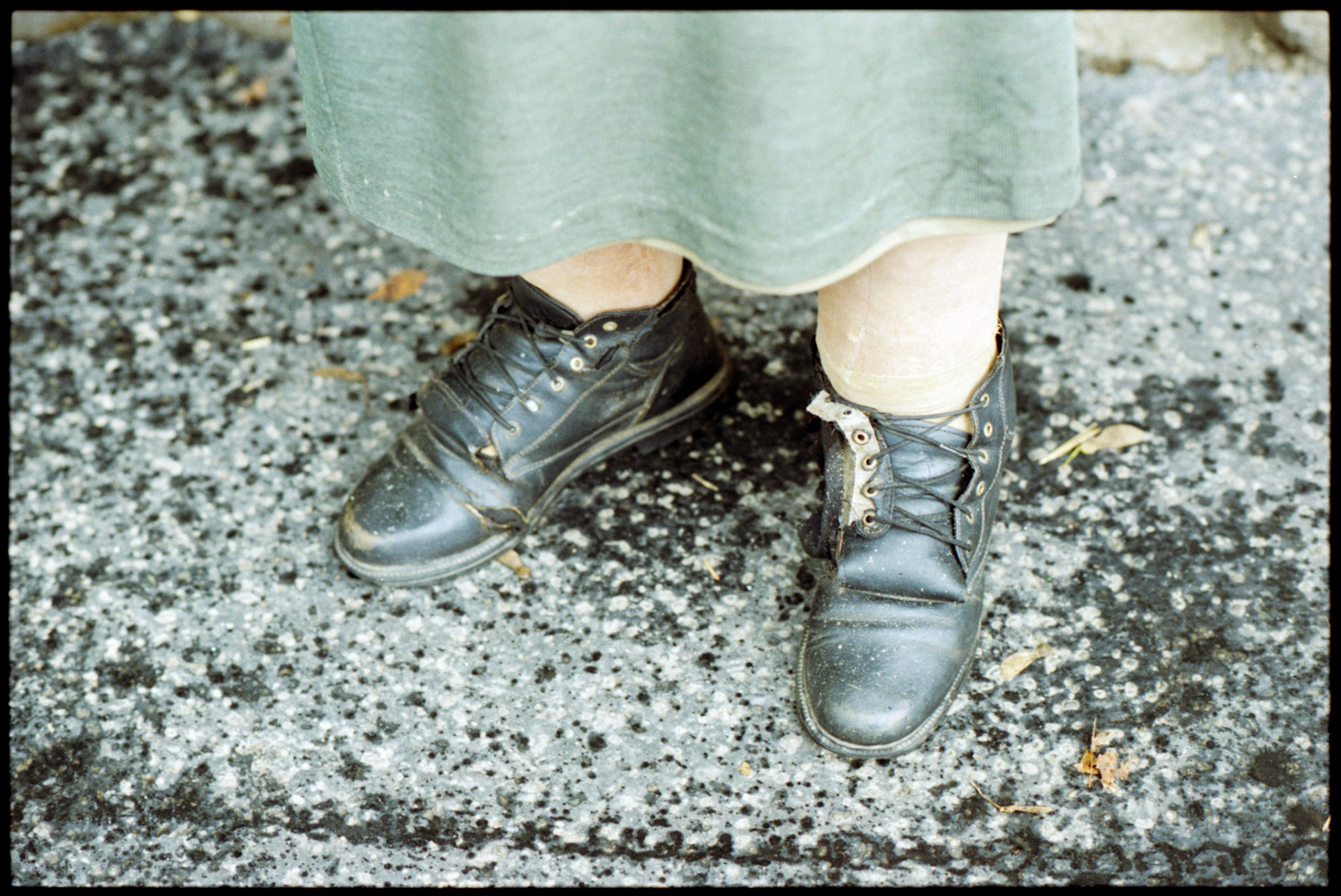 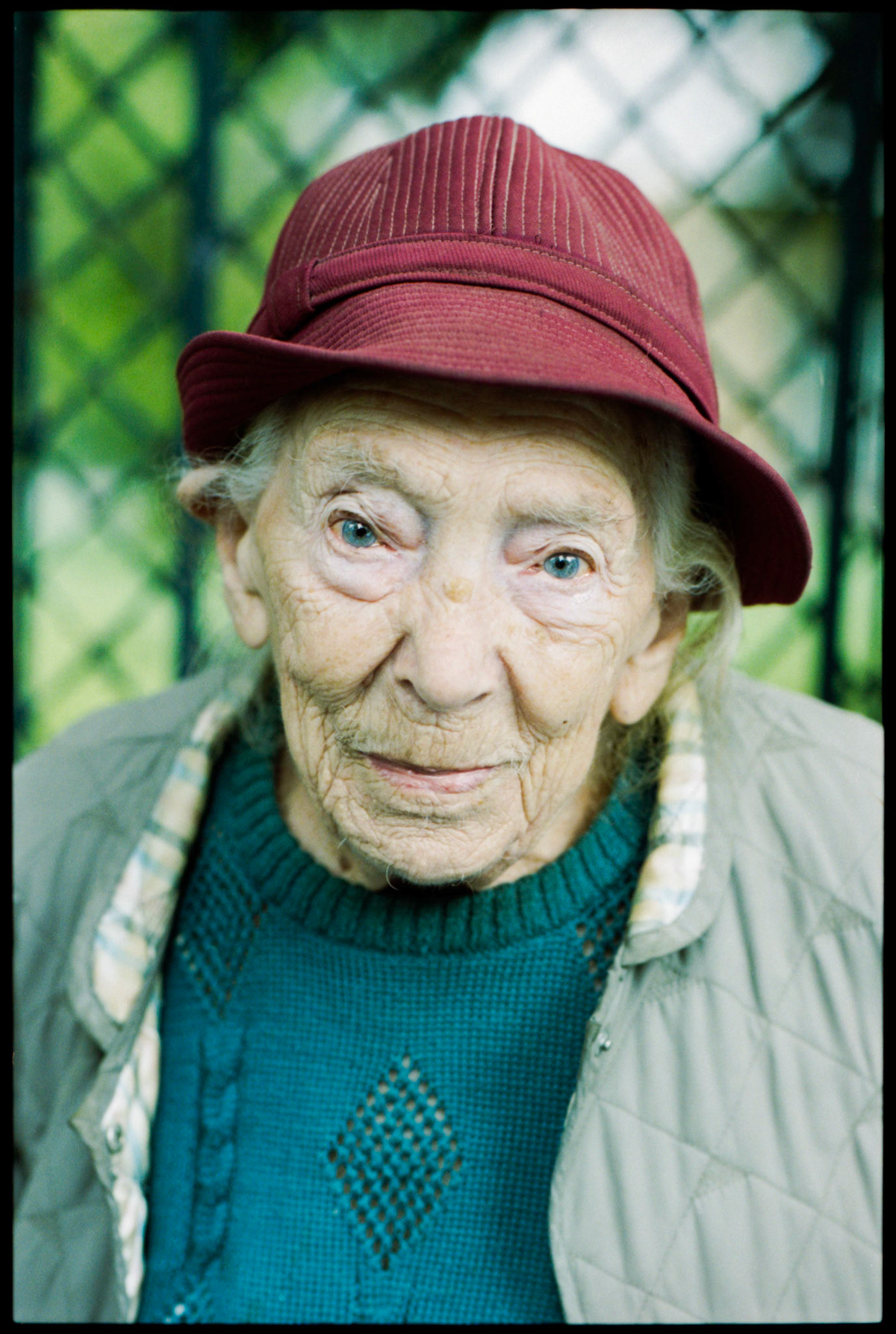 Matykó Károlyné Borcsa Veronika, 94 years old from Budapest, Hungary
The lady said she was waiting for her daughter to arrive. I guess she just went out way too early. When I walked past I asked if I could help her because she seemed to be asking for it. I was wrong, I did not have to, but after we got into conversation I asked if she would be so kind to tell a little about her and If she allowed me to make some pictures of her.
So I got to know of her that:
- She is from Kézdiszentkereszt, Transylvania. to the question how old she was she answered with her birth date: 1923.
- She moved to Budapest quite early after the elementary school. At first she lived in the Castle at a family friend's place and then moved with her husband to Sodrás Street, which was then called Udvarhely street.
- She worked as a tram conductor throughout her life, and all the time in the Buda side and only ways that had their coachyard at Szépilona which is quite close to her place. The first tram she drove was one where the driver had to stand all the time. Her favorite type was the UV tram because she found its shape very beautiful and it was also very modern at that time compared to the previous ones. These trams were in use for 51 years in Budapest.
- She likes to live here, because there are lots of trees around, the neighborhood is quiet, the old villas are beautiful, though most have been dismantled already. She walks around regularly to stay fit. 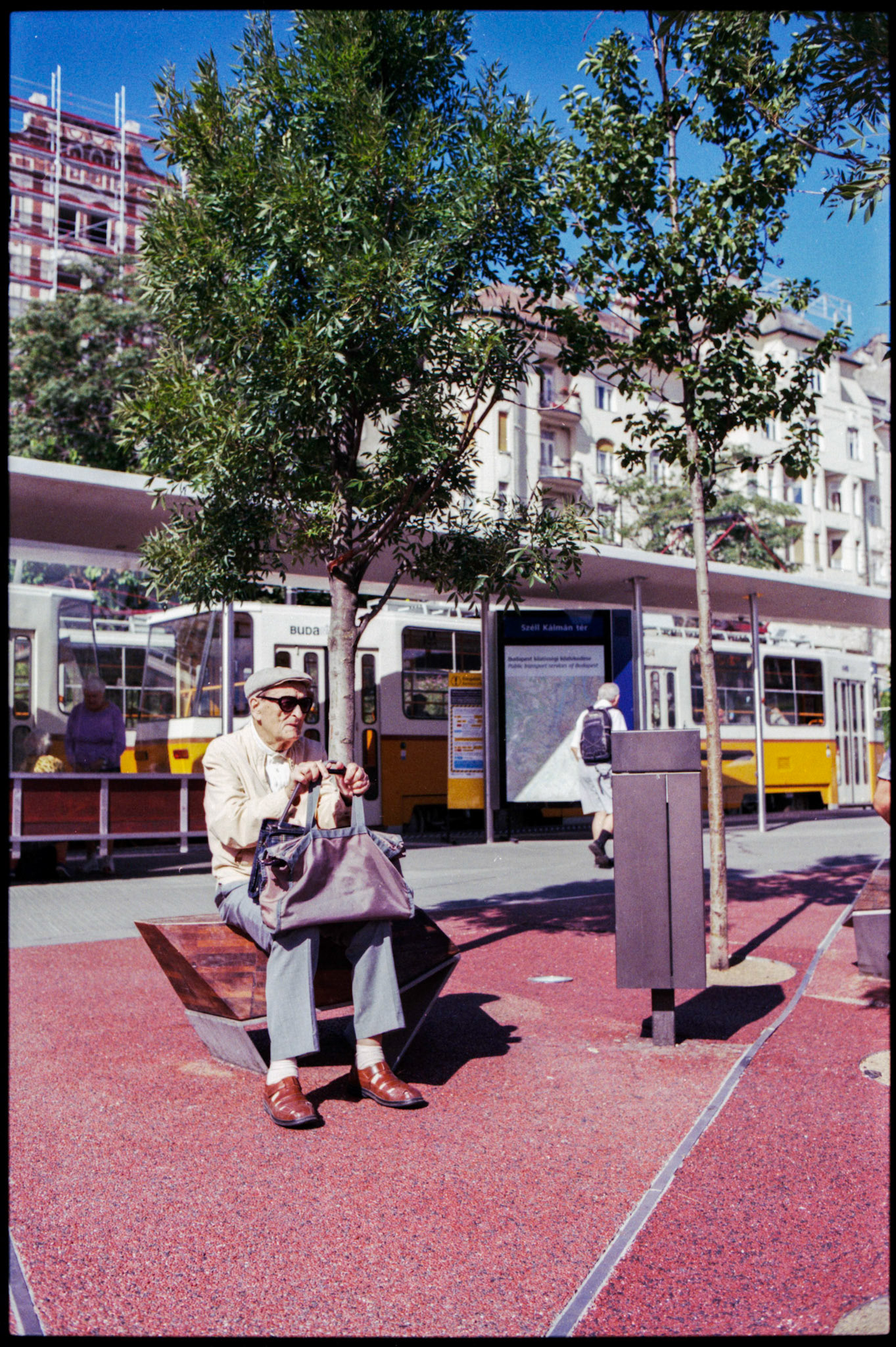 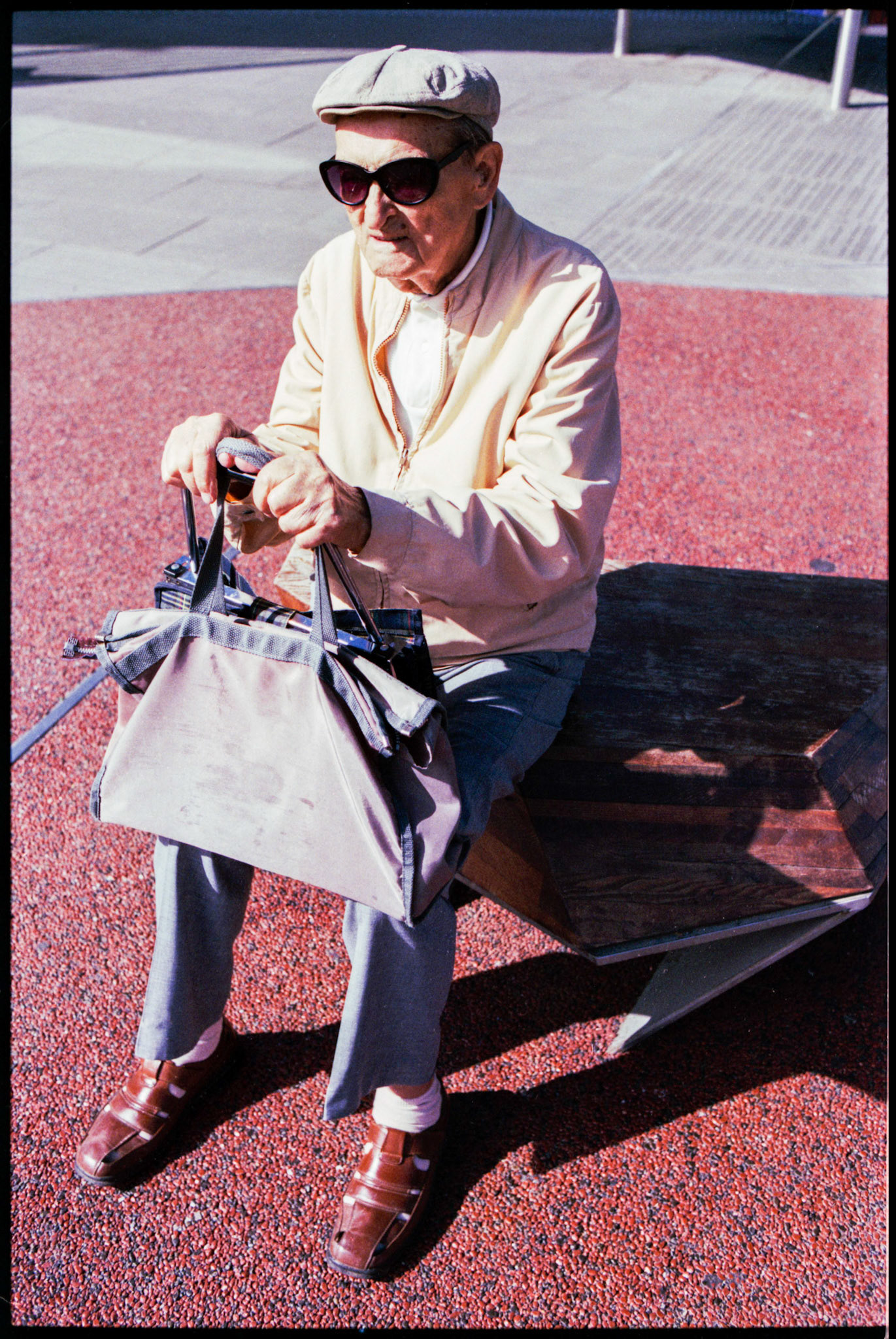 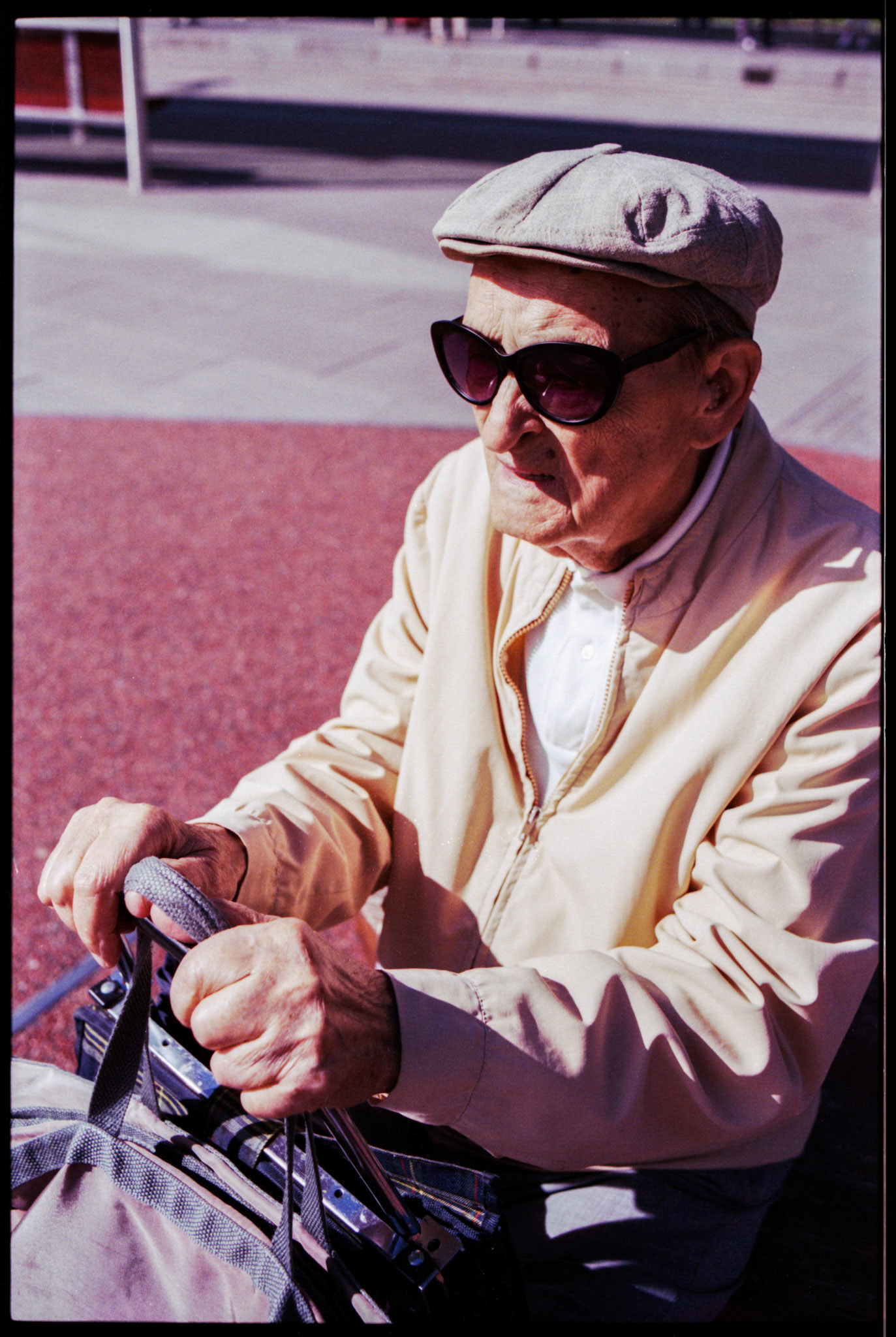 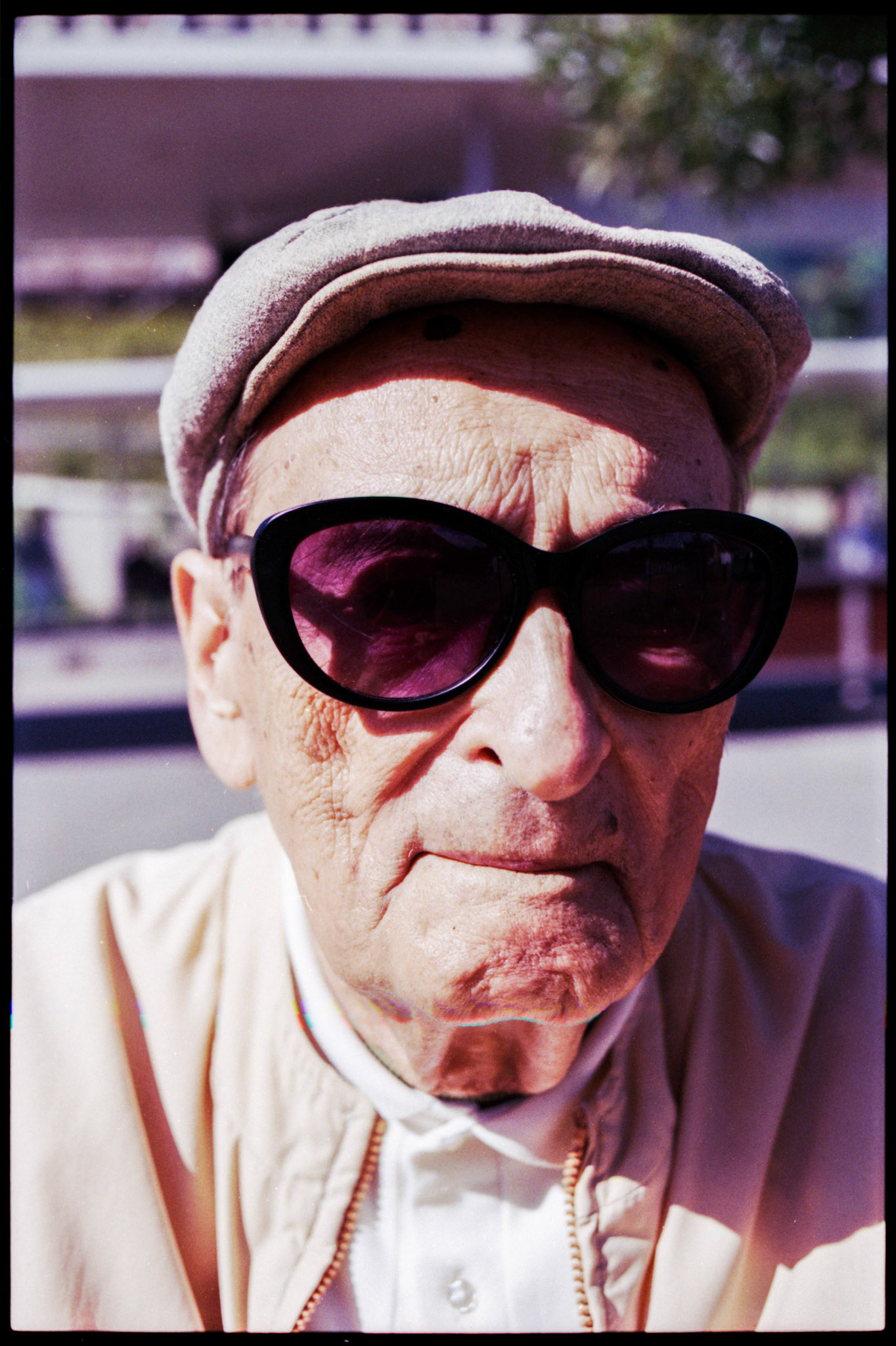 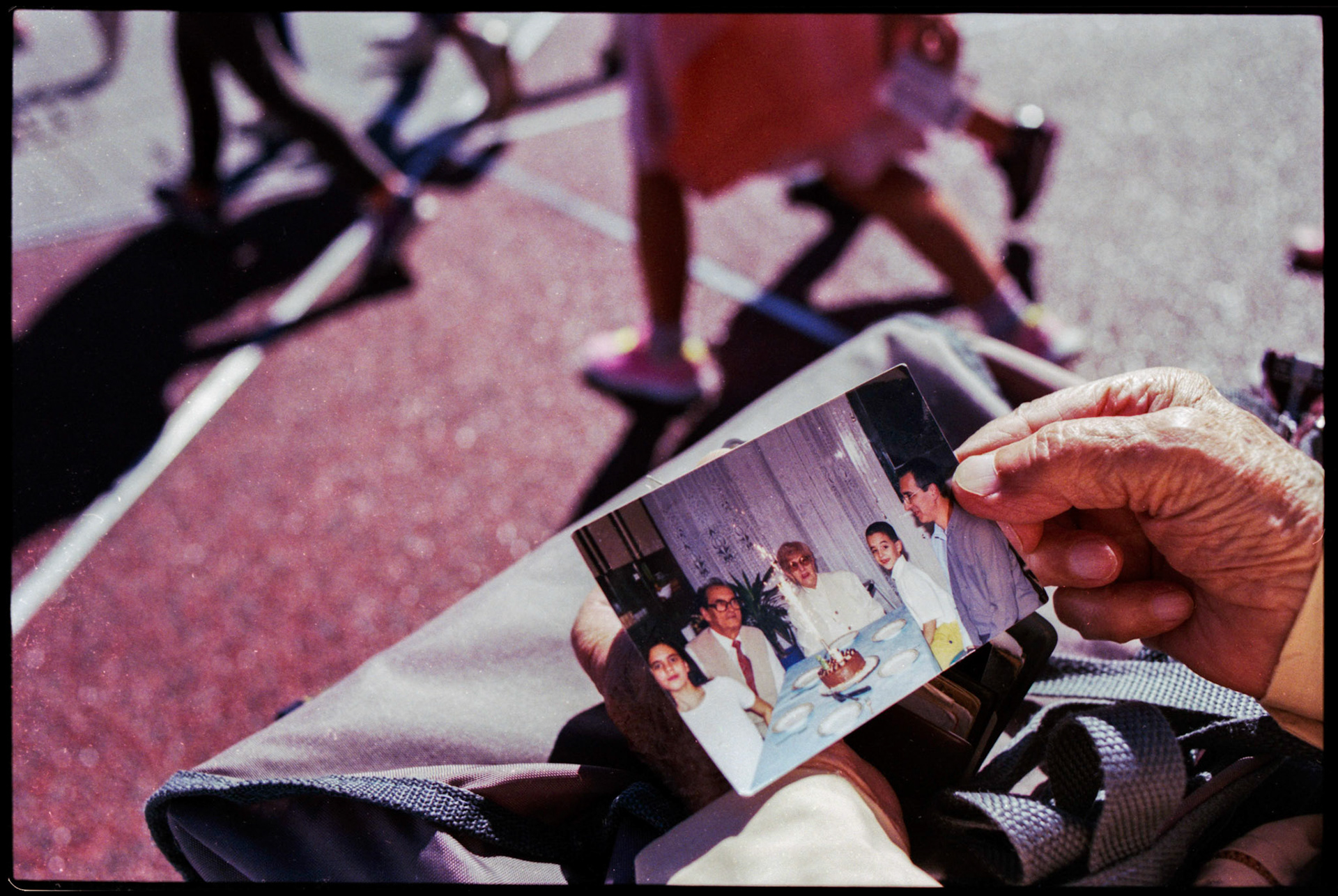 István, 94 years old from Budapest, Hungary
He was waiting for his son when I asked if I could make some pictures of him. We blinked and so I i got to know that
- he buried his wife 5 years ago, and although he has many grandchildren who visit him regularly, he feels a bit lonely. he asked if I know what that means. I assured him that I did know;
- He was prisoner of war for 4 years;
- His profession was medical technician.
to the question of how did he preserve his vitality so well:
- Since 1983 (thats when he got #retired) he is running every morning and afternoon. 10-10 minutes. in the kitchen. because in Taban, where he lives, he does not dare to run alone.
- every evening he eats butter-honey bread for dinner. he also added that unlike the average hungarian who consumes 40dkgs of honey per year he eats around 6-7 kgs.
- to the preservation of his spiritual freshness crossword puzzle play the game.
In the meanwhile, he asked me to call his son to ask when he will arrive. As it turned out it was not his son who was lete, but he did not remember well at the appointed time. 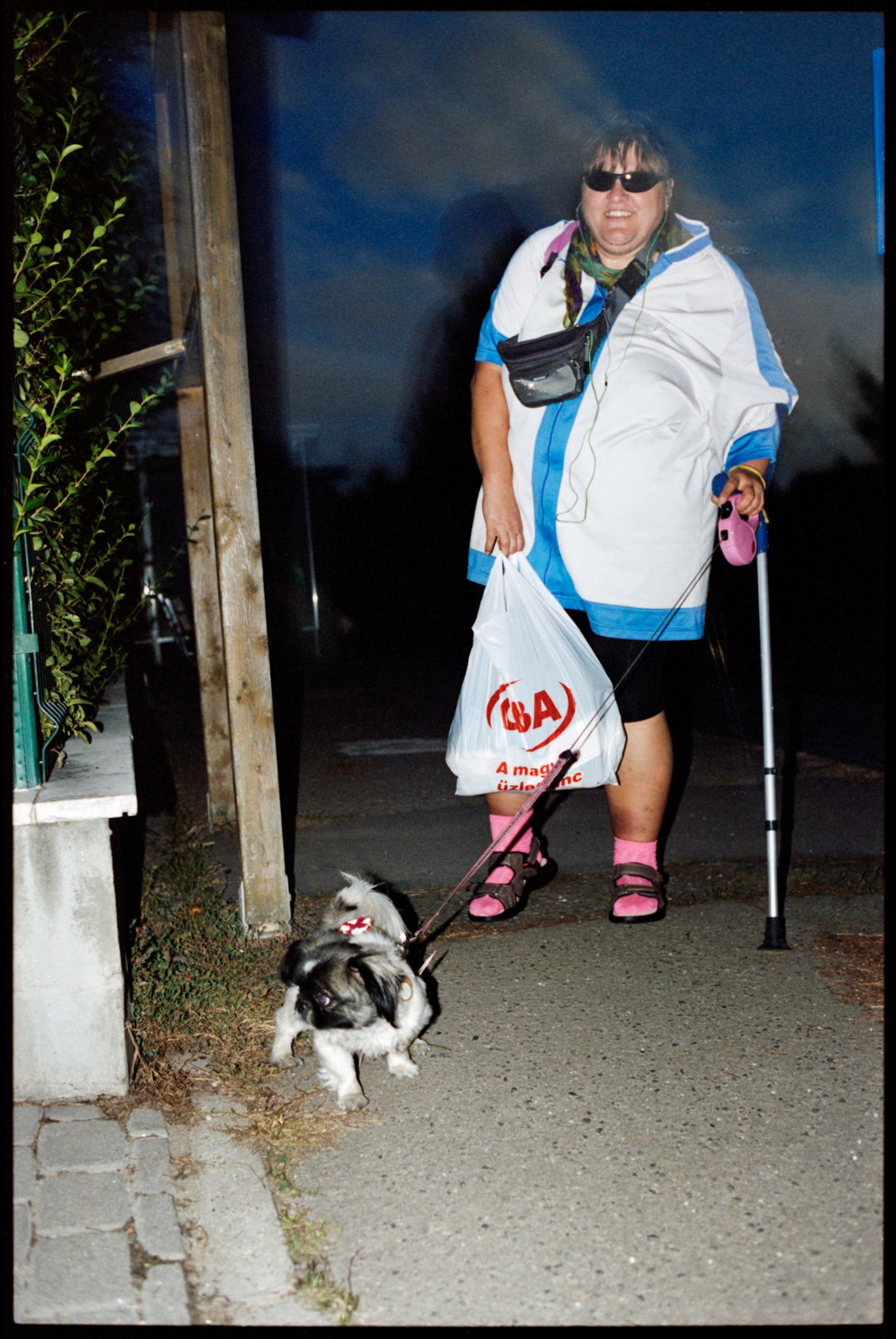 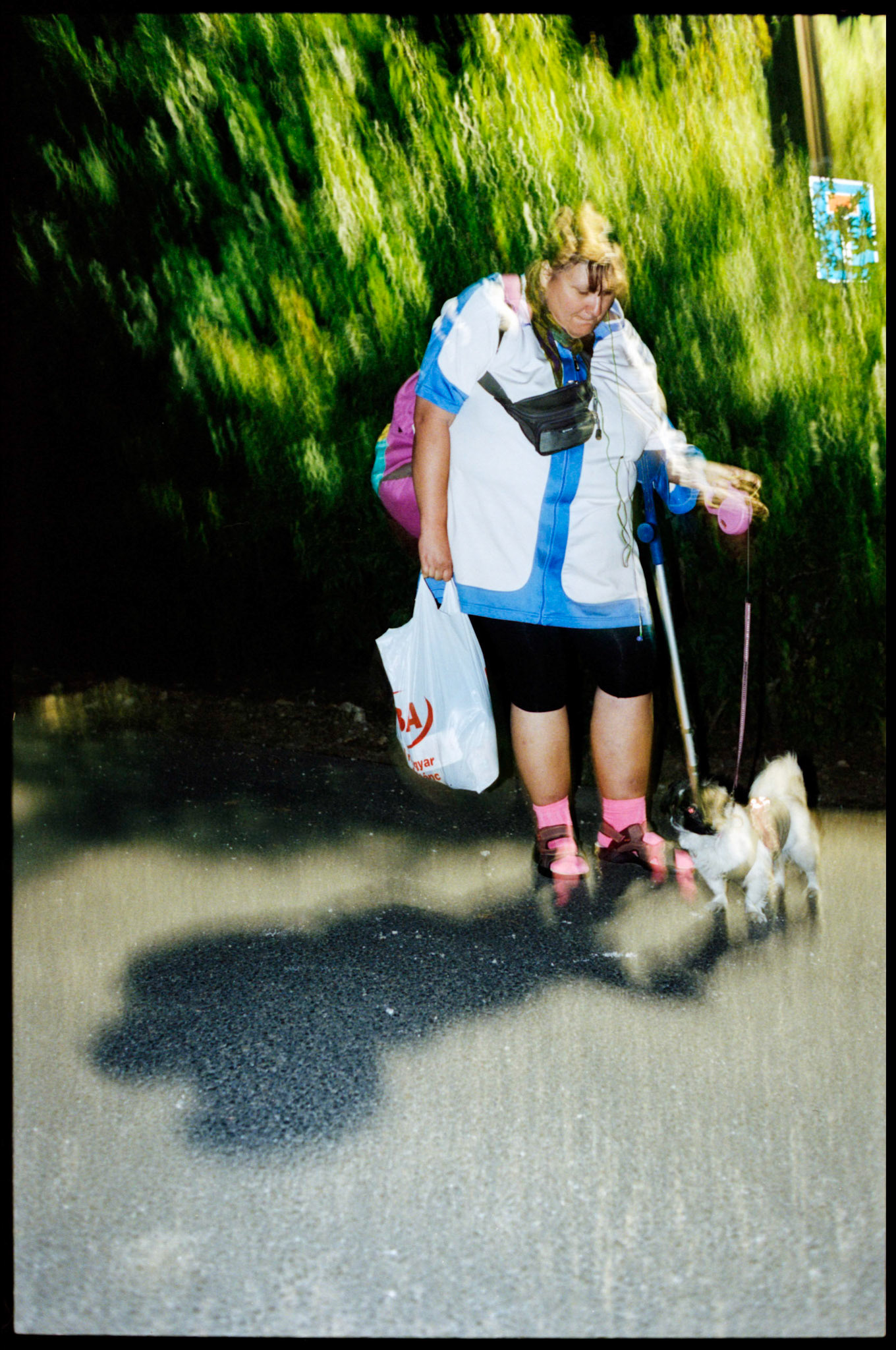 Krisztina Madáchi and Babu from Solymár, Hungary
Babu is the country's smallest therapeutic dog. She feels immediately when someone has a bad attitude towards me. She also indicates the change of red and green lights at any crossing and there is so much more she is helping me to be and to feel as joyful as I am. 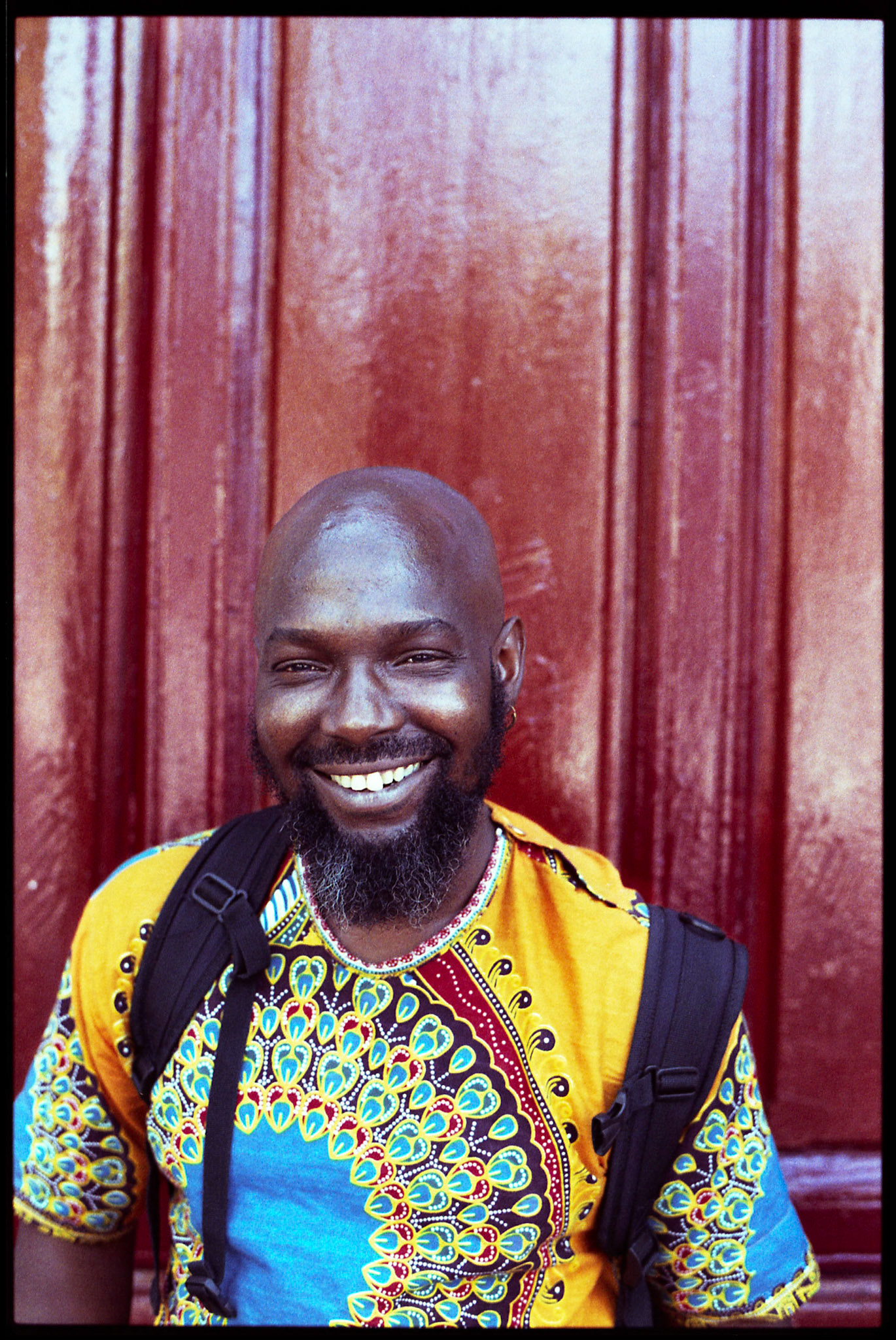 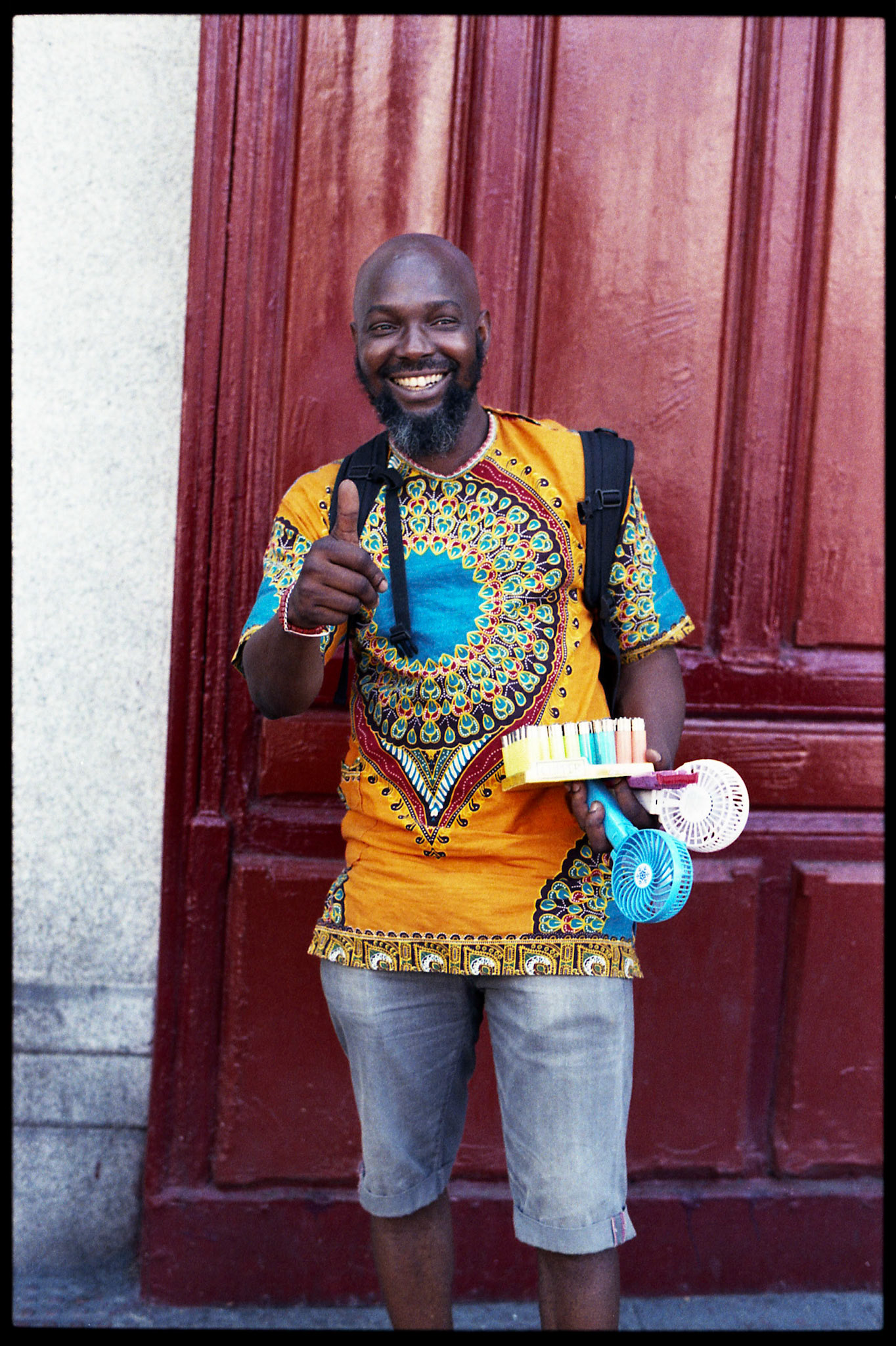 Portrait of super friendly guy from the streets of Malasaña (Madrid, Spain) selling lighters and stuff. bought a green lighter and a red fan. somehow i forgot to ask his name, but he told me he is from Algeria and supporting his family this way. he is friendly in a nice way. never intrusive hence many passers by greet him. in the course of our little chat at least a dozen people said "hola que tal" to him. 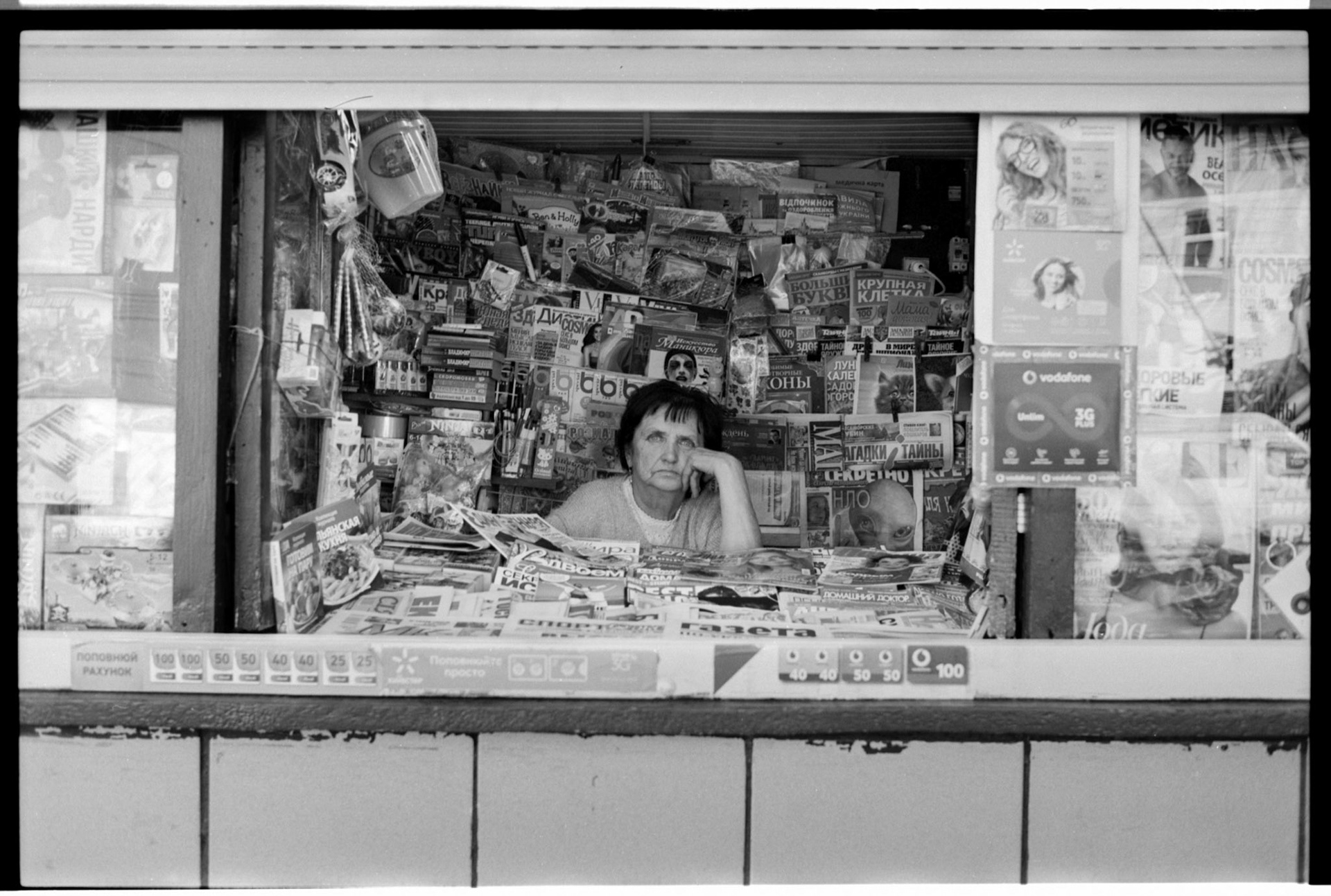 Magdolna, 74 years old from Munkács, Ukraine
To my question, whether she likes to work here at the newsstand, she replied by saying something like that after she had worked at a post office for 40 years, it was still better to sit here than to sit at home.
I asked how long she planned to stay that day, because I wanted to make some more pictures on color film but still had a few frames to finish. (her sweater's color matched perfectly the blue of her eyes). She told me she would be there all day. After I left, I saw from a little farther away as she pulled the blindes and left. Unfortunately, she was still locked up later. Another reason to go back to Munkács. 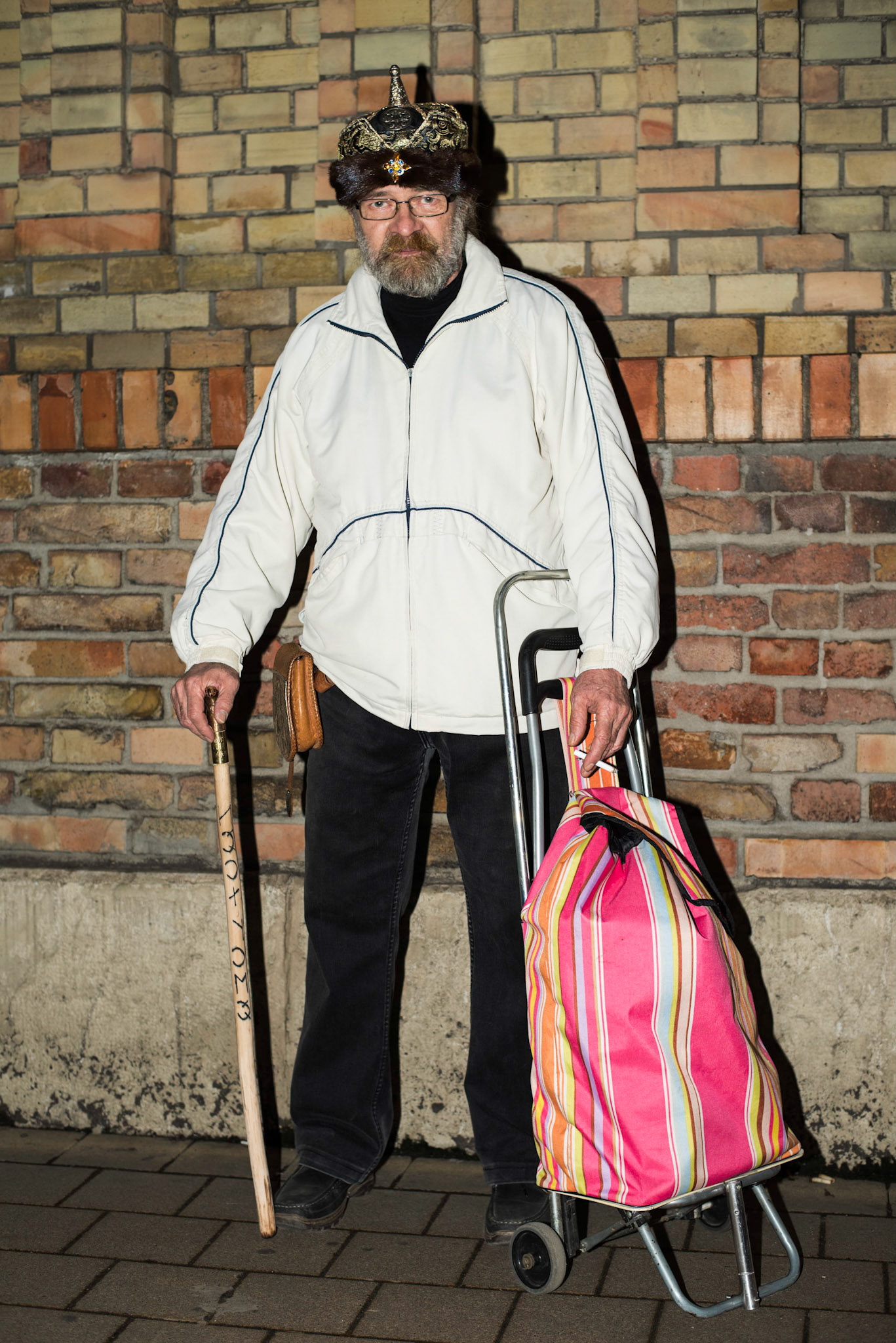 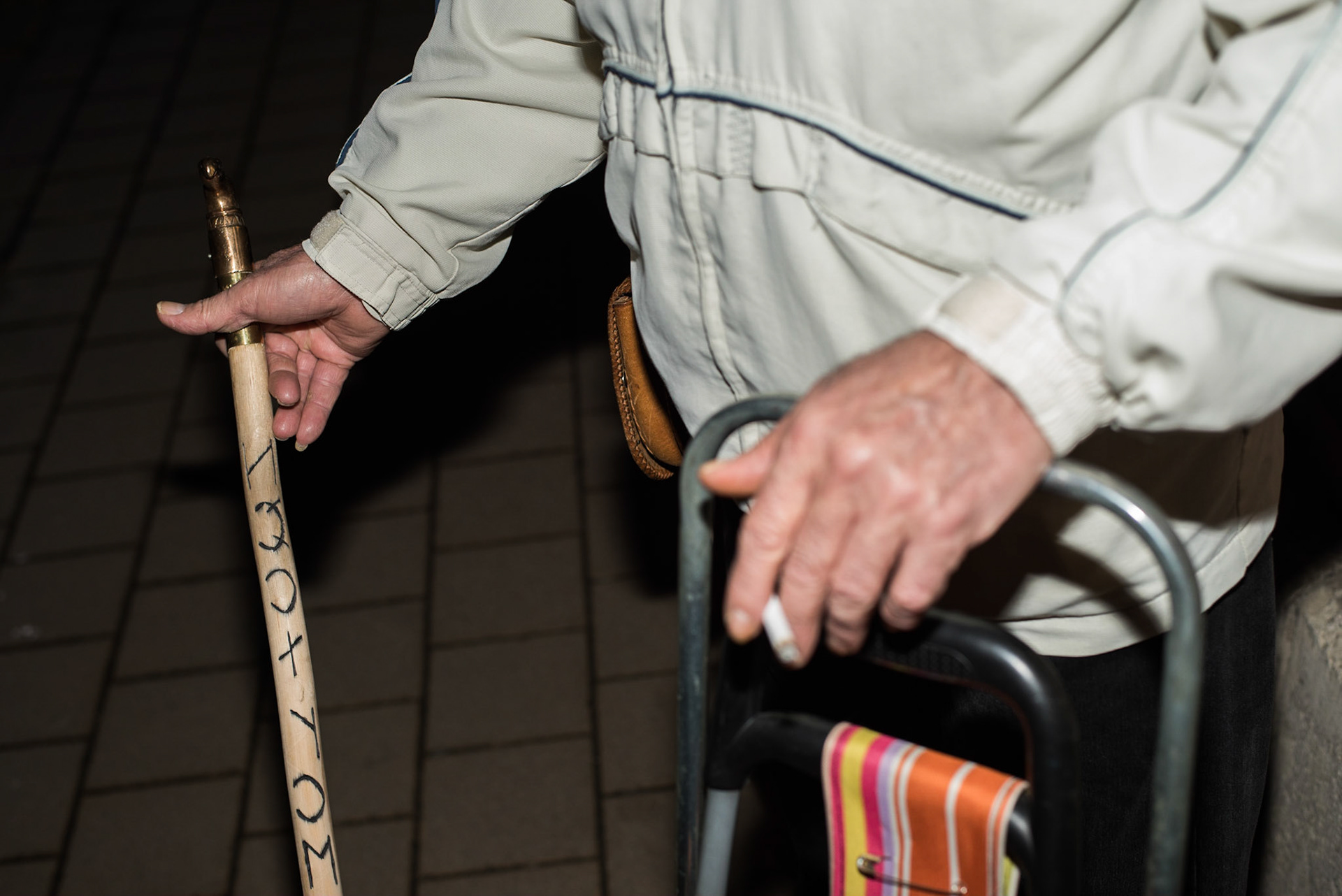 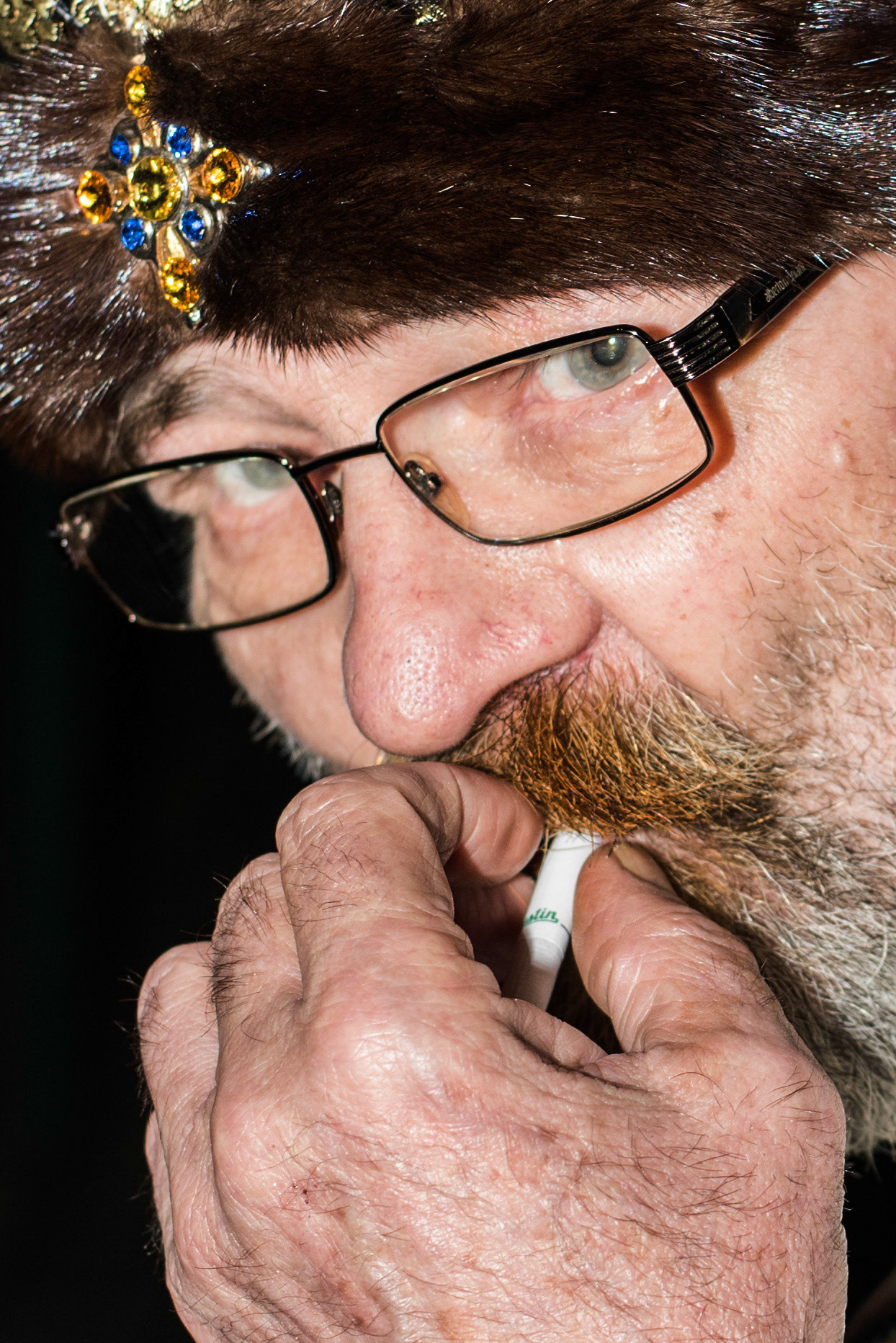 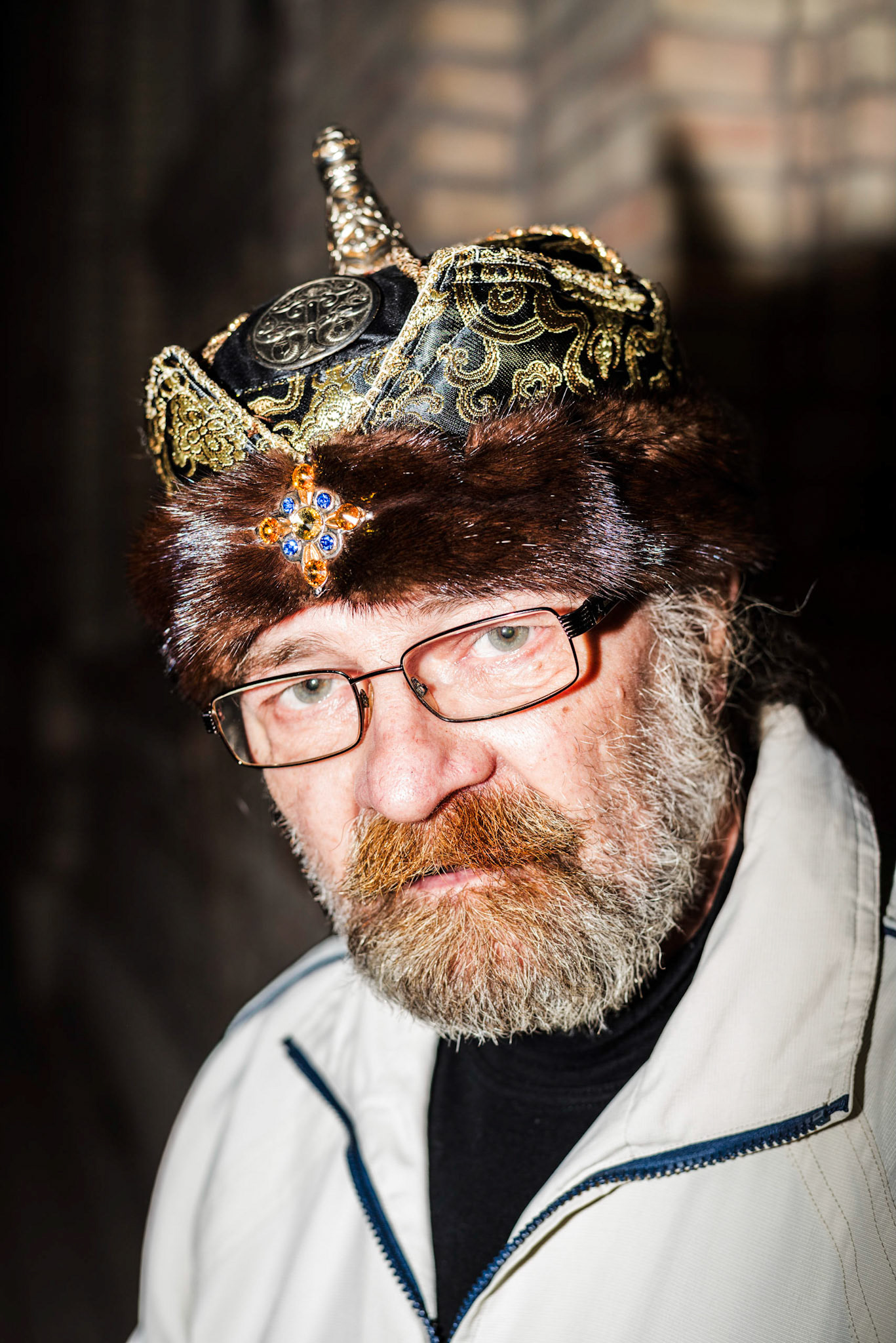